About the John Drew Theater - Guild Hall
Skip to content 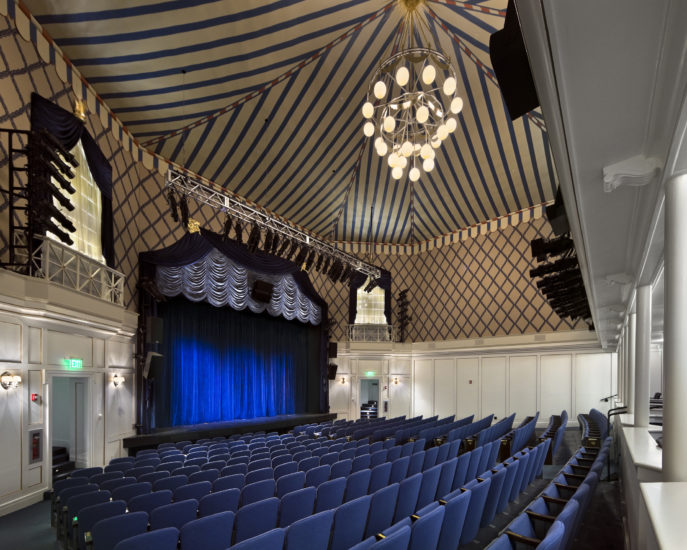 John Drew Theater, with its signature trompe l’oeil circus-tent ceiling, is a beloved landmark of East Hampton. In its early years, the theater served as a summer testing ground for productions en route to Broadway. Legendary playwrights such as Tennessee Williams and Eugene O’Neill credited Guild Hall with helping to establish their reputations, while others like Edward Albee and Terrence McNally had a lifelong relationship with the JDT, where he was an active member of the Guild Hall Academy of the Arts.

Guild Hall’s founding mission—to provide a community gathering place and to encourage a finer type of citizenship through the arts—is fulfilled by making the theater accessible to local associations, schools, and other nonprofits. The JDT Lab provides a professional environment for emerging to mid-career performing artists to experiment with their craft or develop new works while gaining access to consultation with professional theater staff and audience feedback. To enhance civic participation, the Hamptons Institute brings together top journalists, authors, and world analysts to encourage meaningful dialogue on politics and current events from both a local and global perspective.