The Met: Live in HD - Fire Shut Up In My Bones - Guild Hall
Skip to content

The Met: Live in HD Fire Shut Up In My Bones 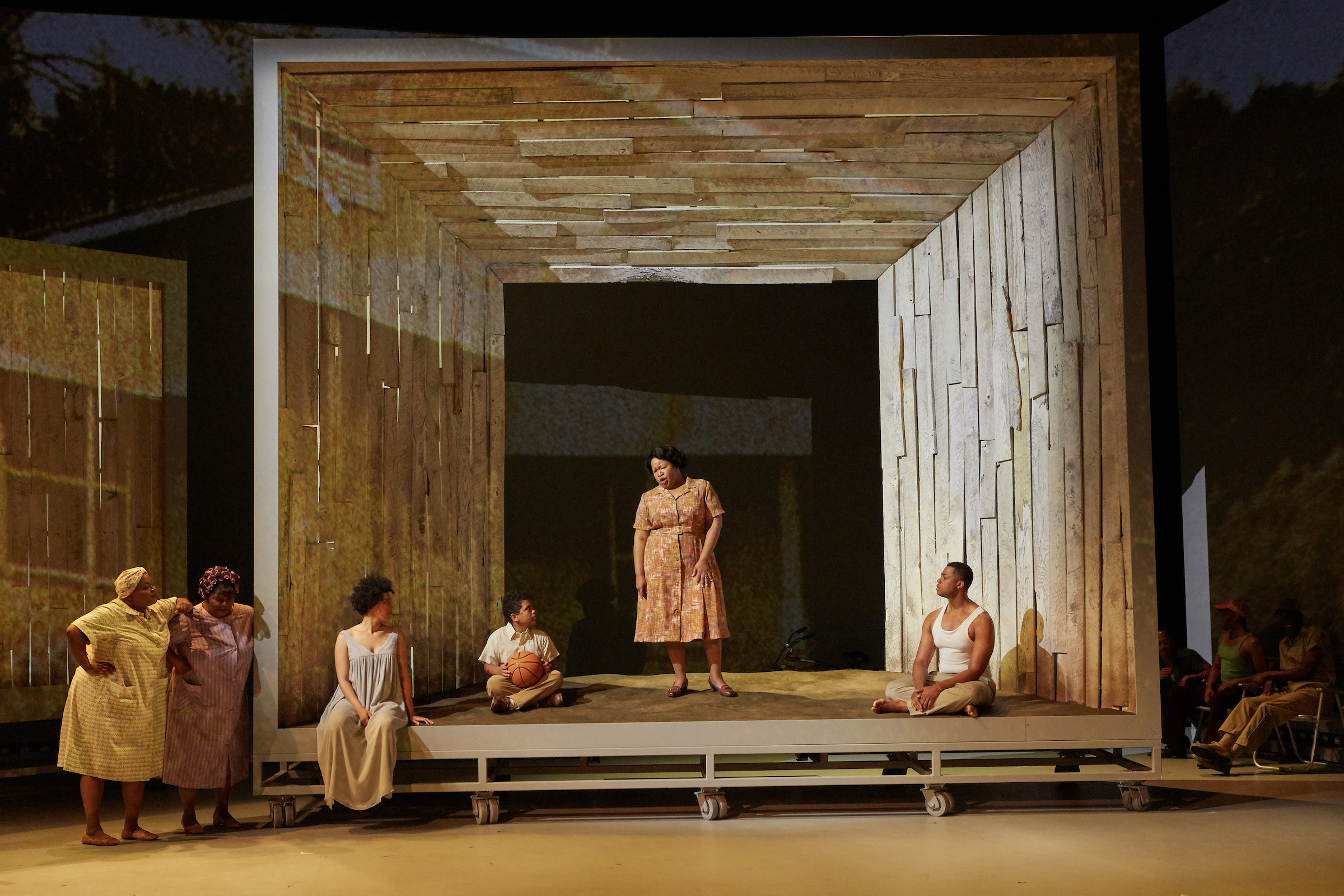 Yannick Nézet-Séguin conducts Grammy Award–winning jazz musician and composer Terence Blanchard’s adaptation of Charles M. Blow’s moving memoir, which The New York Times praised after its 2019 world premiere at Opera Theatre of Saint Louis as “bold and affecting” and “subtly powerful.” The first opera by a Black composer presented on the Met stage and featuring a libretto by filmmaker Kasi Lemmons, the opera tells a poignant and profound story about a young man’s journey to overcome a life of trauma and hardship. James Robinson and Camille A. Brown—two of the creators of the Met’s sensational recent production of Porgy and Bess—co-direct this new staging, which appears in cinemas on October 23. Baritone Will Liverman, one of opera’s most exciting young artists, stars as Charles, alongside sopranos Angel Blue as Destiny/Loneliness/Greta and Latonia Moore as Billie. This live cinema transmission is part of the Met’s award-winning Live in HD series, bringing opera to movie theaters across the globe.

Learn more about this opera with a FREE pre-opera lecture with Behind the Screen with Bel Canto Boot Camp. Join us before the screening for a participatory and in depth analysis with BCBC co-founders Rachelle Jonck and Derrick Goff.