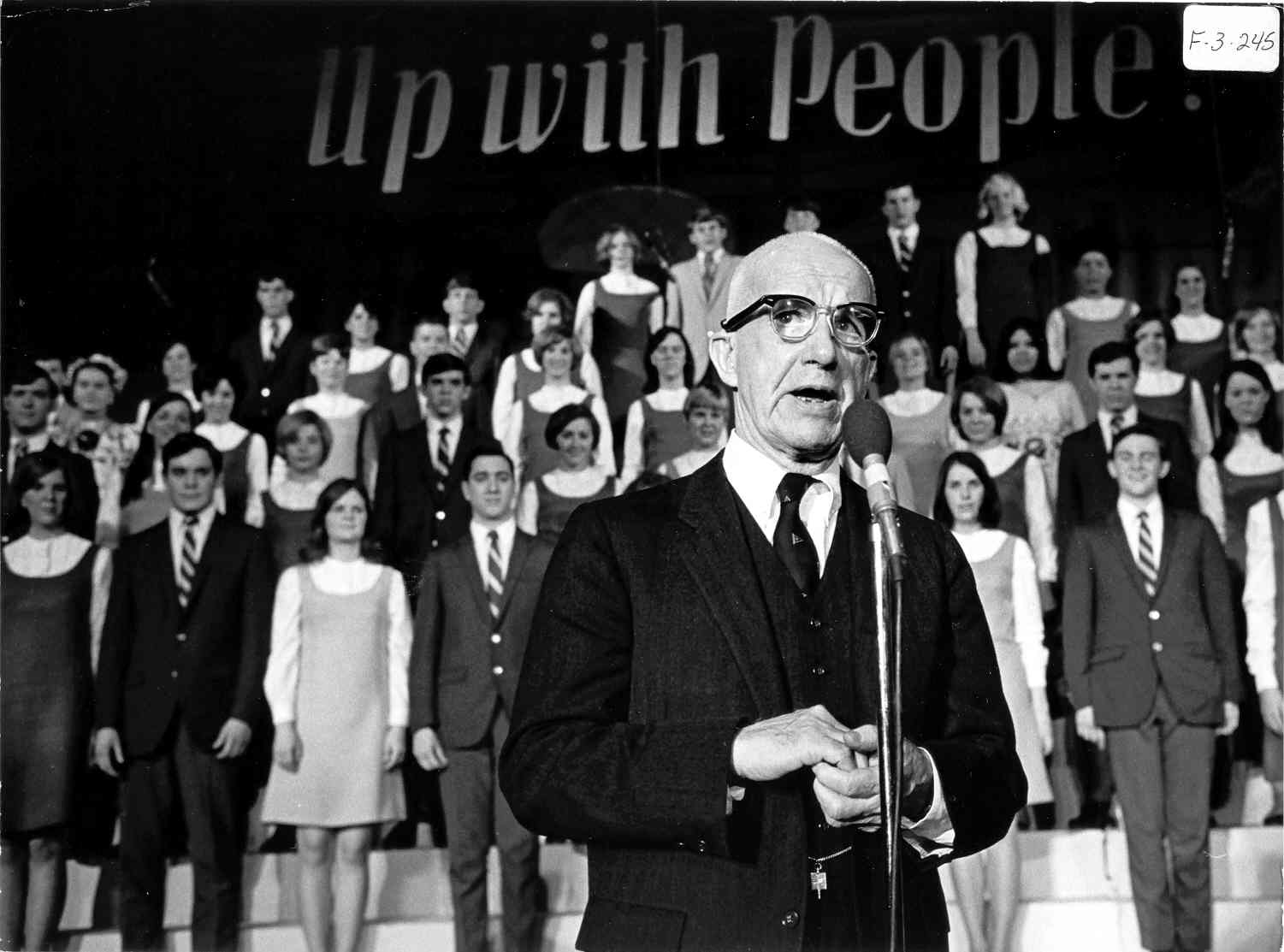 “Each performance of Mr. Green’s live documentaries is a singular experience, and a collective one.” —The New York Times

The Love Song of R. Buckminster Fuller is an hour-long “live documentary” from Academy Award–nominated filmmaker Sam Green exploring Fuller’s utopian vision of radical social change through a design revolution. Originally commissioned by the San Francisco Museum of Modern Art’s Design and Architecture Department, the project is a collaboration between Green and the legendary indie band Yo La Tengo. At each screening, Green narrates the film in person and cues images while Yo La Tengo performs their original score. The film’s unique form draws inspiration equally from old travelogues, the Benshi tradition, and TEDtalks.

Buckminster Fuller was a grandiose and generous thinker, teeming with ideas. He once put together a lecture series called “Everything I Know”—it was forty-two hours long. No notes. He was an early proponent of conservation and environmental stewardship as social justice; Fuller was interested in “doing more with less,” so that everybody could have enough. He redesigned human structures from cars and bathrooms all the way up to entire cities, inspiring figures as diverse as the industrialist Henry Kaiser, John Cage, and Stewart Brand. The Love Song of R. Buckminster Fuller explores this vision by looking at many of his concepts and projects, ranging from his signature invention, the Geodesic dome, to some of his more conceptual plans, including a proposal to build a huge dome over Midtown Manhattan to cut down on snow removal costs. Fuller’s projects were a collision between rational thinking and utopian idealism, made rich and complicated by the background noise of his cultural connections and tireless optimism. 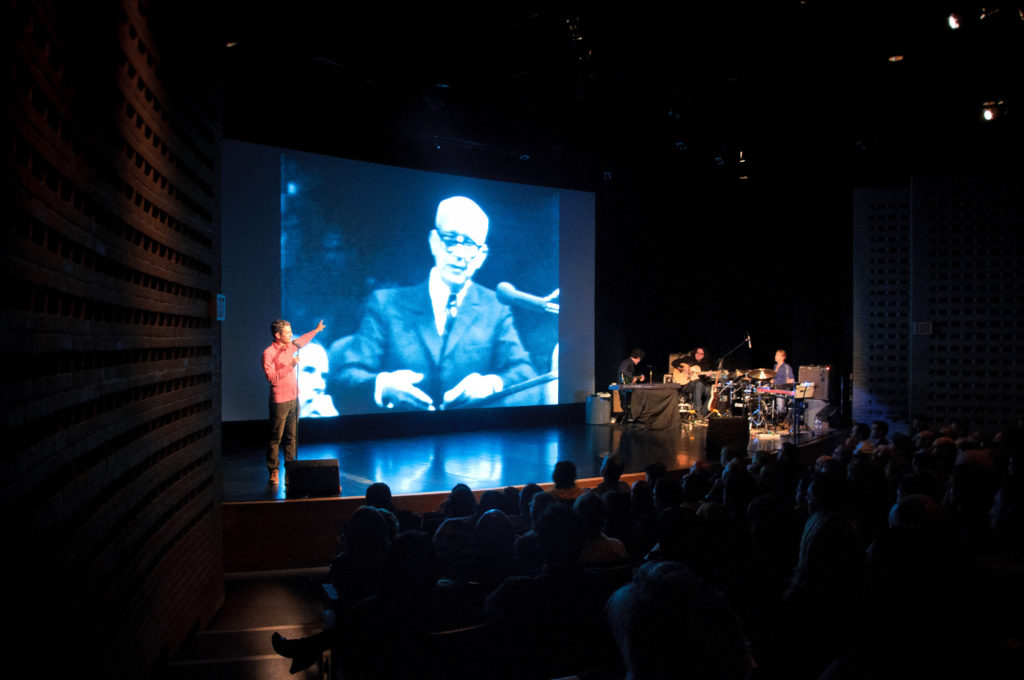 The 2018 Theater Season is sponsored in part through the generosity of Barbara Slifka.