Weekend of Wasserstein: The Heidi Chronicles 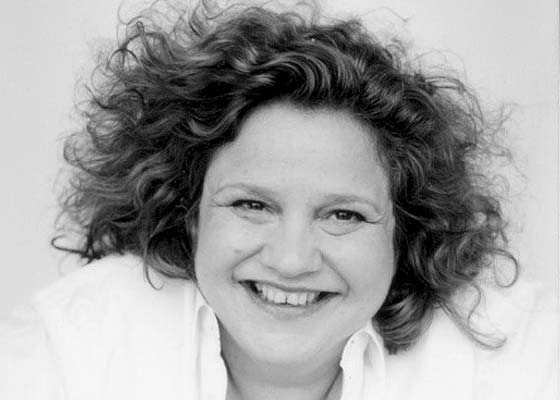 DUE TO THE FORECAST FOR RAIN THIS PROGRAM WILL NOW TAKE PLACE INDOORS IN THE JOHN DREW THEATER.

With consideration for the safety of guests and staff, when attending any indoor John Drew Theater program guests must show proof of full vaccination. At this time, only fully vaccinated guests are permitted to attend programs in the indoor theater, with the exception of children under the age of 12. Scroll down for more info.

Staged Reading of
THE HEIDI CHRONICLES

Followed by a talkback led by Erika Rundle

During her prolific career, which spanned nearly four decades, playwright Wendy Wasserstein wrote eleven plays, winning a Tony Award, a Pulitzer Prize, a New York Drama Critics Circle Award, a Drama Desk Award, and an Outer Critics Circle Award. She was also a member of Guild Hall’s Academy of the Arts, where she accepted a Lifetime Achievement Award in 1997. Her stunning accomplishments include such monumental works as The Heidi Chronicles, The Sisters Rosensweig and An American Daughter; along with a robust assortment of shorter, lesser known plays that all manage to capture her uniquely warm, irreverent and very human voice. We are delighted to present this mini-fest of Wendy’s plays – two separate, distinctive evenings filled with smart and shining treats from the voice of one of America’s most beloved playwrights, and a great friend and neighbor to Guild Hall.

The plot of THE HEIDI CHRONICLES follows Heidi Holland from high school in the 1960s to her career as a successful art historian more than twenty years later. The play’s main themes deal with the changing role of women during this time period, describing both Heidi’s ardent feminism during the 1970s and her eventual sense of betrayal during the 1980s.

Though most of the characters are women, there are two important male characters; Peter Patrone, a gay pediatrician who is arguably Heidi’s best friend, and Scoop Rosenbaum, a magazine editor who marries and has many affairs, and with whom Heidi has a tense friendship. Heidi meets Scoop at a Eugene McCarthy rally where he tries to woo her with knowledge and wit. She seems unenthused, but she realizes Scoop is a very intelligent, attractive man despite his egotistical ways. Although their romantic relationship is unsuccessful, the chemistry between Scoop and Heidi is insatiable, and they become lifelong friends.

Heidi realizes that remaining unmarried does not mean she cannot be a mother, and she chooses to adopt a child on her own.

June 4th will feature an evening of 6 short plays with music – Bette and Me, Tender Offer, Workout, Medea, Boy Meets Girl, and The Man in a Case.

*IMPORTANT ANNOUNCEMENT REGARDING PROGRAMS INDOORS IN THE JOHN DREW THEATER

Guests attending any indoor John Drew Theater program must show proof of full vaccination. At this time, only fully vaccinated guests are permitted to attend programs in the indoor theater. Children under 12 do not require vaccination.

In order to attend programs indoors in the John Drew Theater, guests will be responsible for displaying proof of one of the following on arrival*:

*In accordance with current New York State guidelines, fully vaccinated attendees may be spaced directly next to one another at 100 percent capacity instead of 6 feet apart. Masks are optional. Venues must verify vaccination status to take advantage of reduced social distancing requirements. Children under the age of 12 who are not yet vaccine eligible, and under the age of 16 who have not yet been able to be vaccinated, may accompany and be seated with a vaccinated adult.