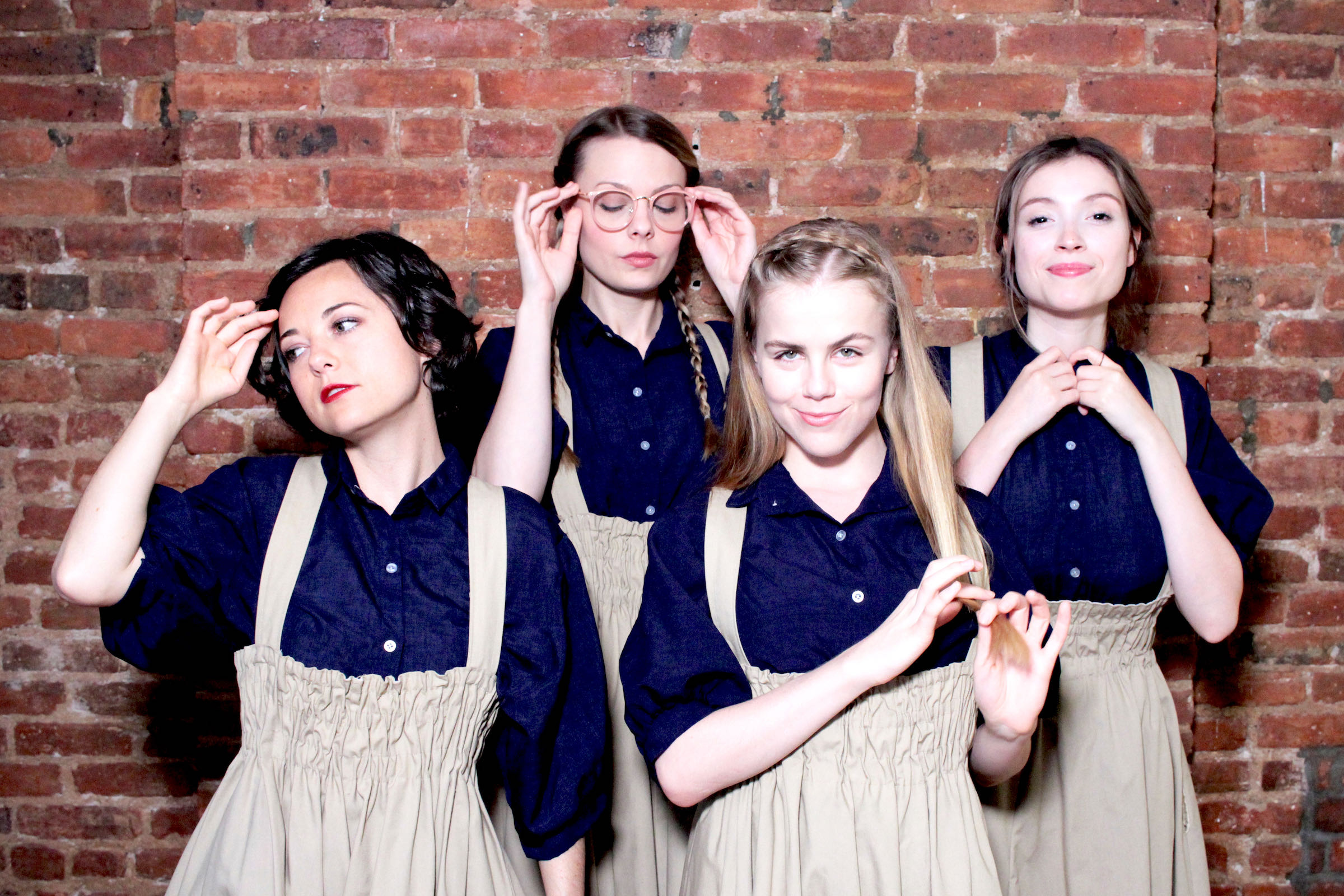 Just because you align yourself with a dictator doesn’t mean you get a pass. It’s Germany in 1943 and three times a day, every day, a group of young German women have the opportunity to die for their country. They are Adolf Hitler’s food tasters. And what do girls discuss as they wait to see if they will live through another meal? Like all girls, throughout time, they gossip and dream, they question and dance. They want to love, laugh, and above all they want to survive.

History has revealed that Margot Woelk was a German secretary who, among 15 young women in 1942, were selected to taste German leader Adolf Hitler’s food at the Wolf’s Lair in East Prussia for two-and-a-half years in order to confirm that it was safe to eat. She was the only one of the 15 to survive World War II, and her background as Hitler’s food taster was not revealed until a newspaper interview on her 95th birthday in December 2012. (Wikipedia)

“One of the best evenings I’ve spent in the theater in a long time. It was interesting, entertaining, upsetting, and it made you think.”- Susan Stroman, Legendary Director and Choreographer

Hitler’s Tasters made its World Premiere on April 6, 2018 at Centenary Stage, Hackettstown, NJ, with Sarah Norris as the Director and Catherine Rust as the Producing Director. The play made its New York City premiere on October 5, 2018 with New Light Theater Project. It is the recipient of 2017 Women Playwrights Series, Susan Glaspell Award, named ‘Best of Fringe’ by The Stage UK and was a sell-out show at the Edinburgh Festival Fringe.

Hitler’s Tasters premiere at Centenary Stage Co. was done so with additional developmental support from Pacific Resident Theatre, The Boston Court Theatre, Geffen Playhouse and Wordsmyth Theatre. New Light Theater Project’s production of Hitler’s Tasters was originally presented at IRT Theater in the fall 2018, followed by limited runs at The North Shore Center for the Performing Arts (Skokie, IL), The E2E Festival at 59E59 Theaters (NYC) and the Edinburgh Festival Fringe, all in the summer of 2019.

THIS PROGRAM WILL NOW TAKE PLACE INDOORS IN THE JOHN DREW THEATER. Guests attending any INDOOR John Drew Theater programs must show proof of FULL vaccination. At this time, only fully vaccinated guests are permitted to attend programs in the indoor theater.  Face coverings are required indoors for all guests over the age of two, regardless of vaccinated status.