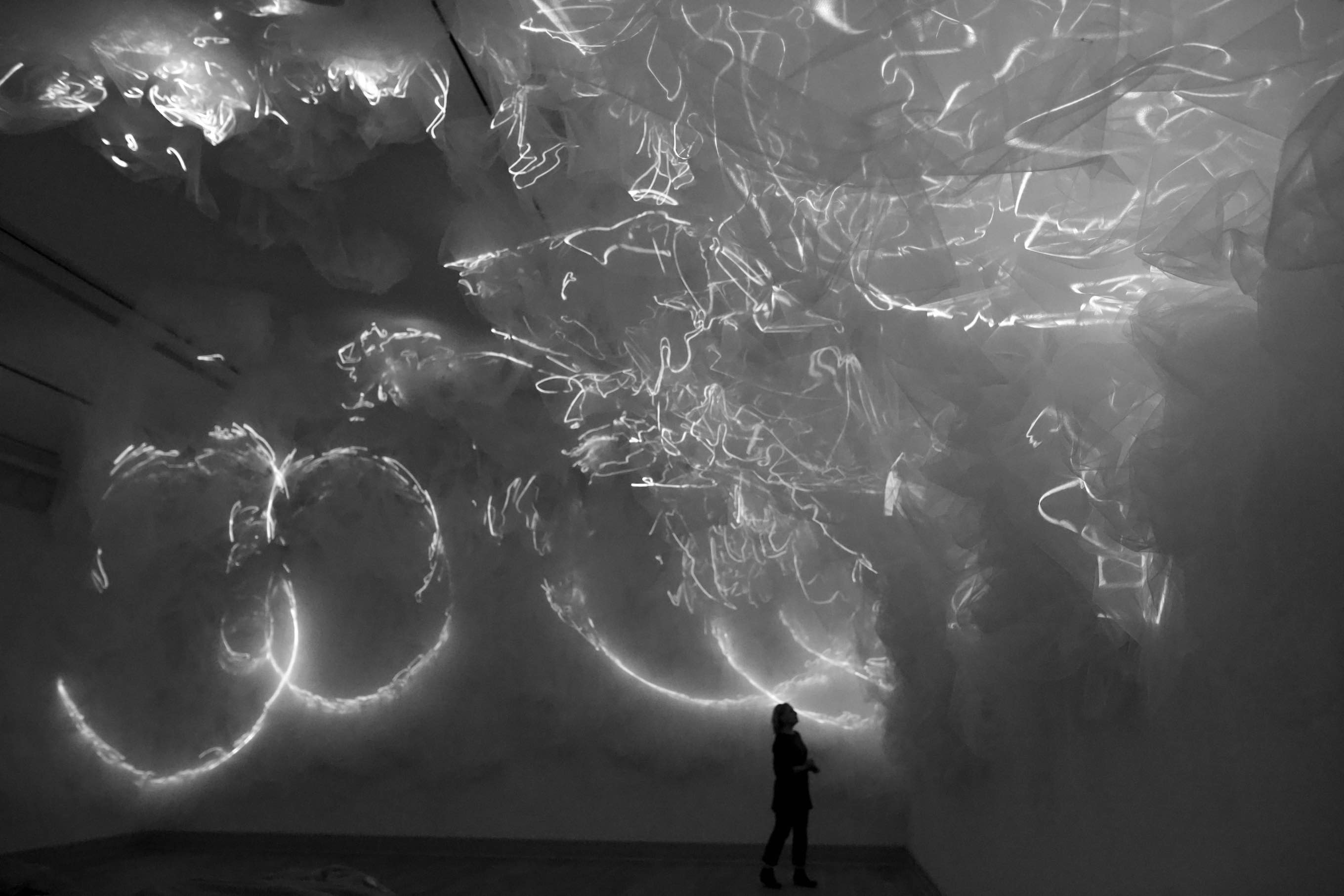 Christine Sciulli’s primary medium is light. Sciulli allows the architecture of a room to dictate the composition of her work and then transforms the space to that vision. In Phosphene Dreams, a site-specific installation in Guild Hall’s Woodhouse Gallery, Sciulli will explore qualities of rigidity and fluidity by projecting light onto suspended fabric forms to create an illuminated and voluminous sculpture. Viewers are invited to be immersed in the environment and choose from a variety of perspectives and places to sit, linger, play, and interact with the work, as atmospheric shapes appear to grow and dissolve around the gallery.