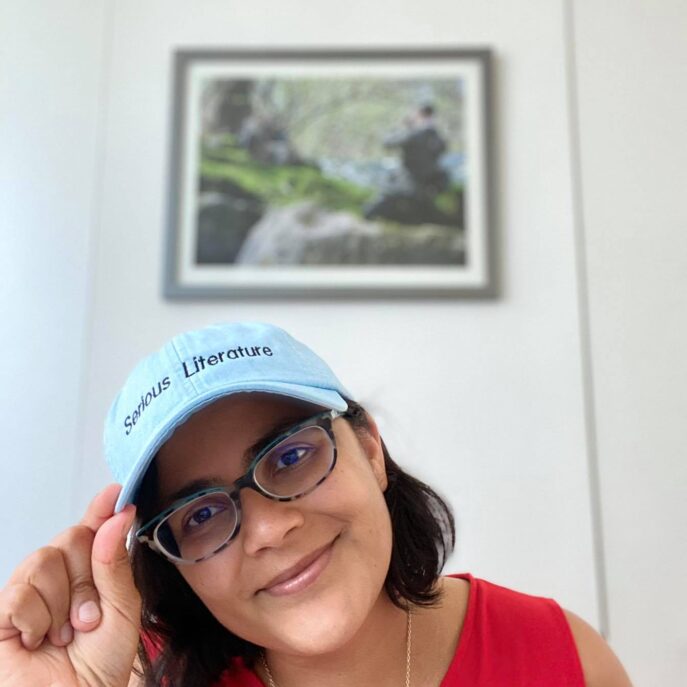 Dipti Bramhandkar is a Mumbai born, NYC based writer. Her first play, The Accident, won Best Drama at the Frigid Festival, which inspired her to explore the interstices between prose and dramatic performance in her work. She was the playwright-in-residence at Guild Hall in 2019. Her autobiographical solo show, American Rookie, received a full production at Luna Stage in January 2020; the run was sold out and extended. She presented her play Islands of Contentment by invitation at LAByrinth Theater’s Barn Series in January 2020. Currently, she is developing a new play titled Feet in the Forest Leave No Mark and a feature-length screenplay titled Three. She is writing episodes for Quarantheater, a collection of audio stories inspired by the pandemic, which was showcased on WNYC earlier this year. She is in post-production on her first short film, The Choice, starring Bobby Daniel Rodriguez and directed by Adam Valencia. And in pre-production on another short, Pretty Ricky and the Seclusion. In addition, she is invited to write for Long Distance Affair, an immersive, online theater event in October.  Dipti received her B.A. from Cornell and M.A. from Cambridge in English literature.
Instagram: @superdiptiwrites