Virtual Reading A Land Without Weather 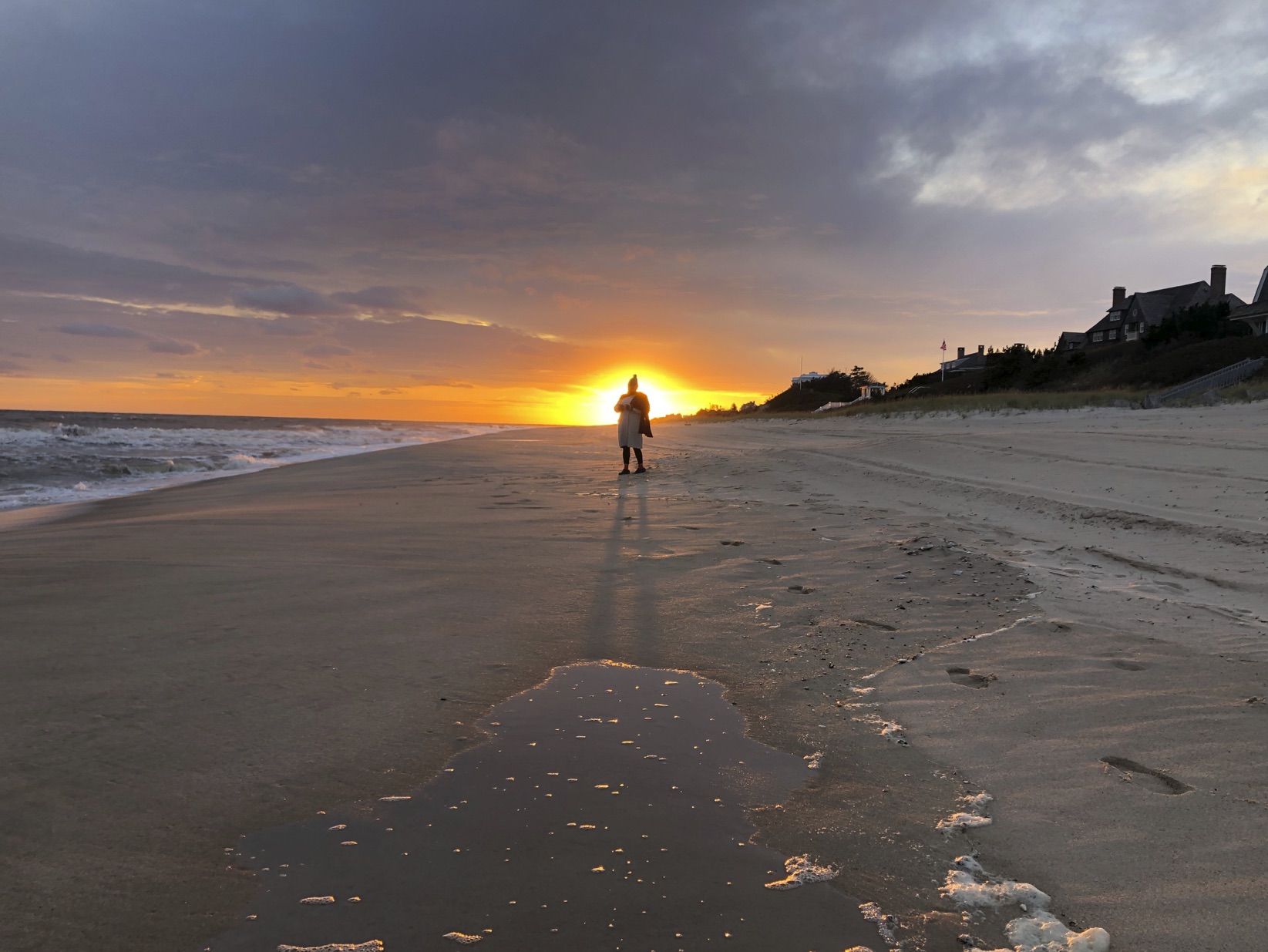 What to do during a global pandemic? Former Guild Hall artist-in-residence and playwright/performer Dipti Bramhandkar offers varying viewpoints in A Land Without Weather, which premieres in a virtual reading on Sunday, October 4 at 8 PM.
“I’m swinging on a pendulum between pointless and purposeful. One day, I’m thinking this pandemic is a cosmic call to action and the next, I’ve got my hand in a bag of Ruffles. Anyone else feel like this?”
Specially commissioned by Josh Gladstone, Artistic Director of the John Drew Theater at Guild Hall, A Land Without Weather creatively stems from interviews with both New York City residents and members of East End communities, expanding the playwright’s recent Quarantheater series. These encounters weave together a rich fabric of diverse experiences and outlooks expressed by a talented troupe in an exciting new work.
With a running time of about an hour, A Land Without Weather interlaces monologues and scenes filled with nostalgia, fear, desire, humor, hope, and intimate moments of everyday life under the tyrannical hand of coronavirus. Vignettes include the patient care of a rosarian, the thoughts of a speculative new homeowner, and a senior citizen who, instead of retirement, is hopeful about her next chapter in a move to the country.
Stories were mined from individuals through Organicazión Latino-Americana (OLA) of Eastern Long Island; Ma’s House, a Shinnecock BIPOC Art Studio; the Bridgehampton Child Care & Recreation Center; Volunteers for Guild Hall, and others from the East End and New York City.
“I drew from the stories that were shared with me,” said Bramhandkar, “sometimes combining several different people into one character. It’s a work of fiction, but it’s based in real-life experiences from real people.”
Directed by multiple award winner Padraic Lillis (Artistic Director of The Farm Theater) and produced by Guild Hall’s Anthony Madonna, A Land Without Weather features Chris McGarry, David Anzuelo, Purva Bedi, Rajesh Bose, Nat Cassidy, Scott Hudson, Julia Knippen, Eric T. Miller, Kelley Rae O’Donnell, Rahoul Roy, Sidney Williams, Martha Wollner, and David Zayas. Josh Gladstone is the Executive Producer; Patrick Dawson is Virtual Technical Director.
THE PLAYWRIGHT:
Dipti Bramhandkar’s residency gained the attention of Guild Hall board members and local artist/writers, leading to an invitation to sit with Salman Rushdie at the 2020 Academy of the Arts dinner. Since then her one-woman performance piece, American Rookie—about her experiences being raised in rural upstate New York after moving from Mumbai, from mimicking ‘80s fashion and studying Judy Blume books to constructing a new American persona altogether—sold out and was extended during its January 2020 run at Luna Stage. That same month there was a reading of her play Islands of Contentment for LAByrinth Theater Company’s Barn Series at Cherry Lane.
In 2014, Bramhandkar’s first play, The Accident, won numerous awards at the Frigid Festival. She is a graduate of Cornell University (BA) and Cambridge University (MA) in English literature.