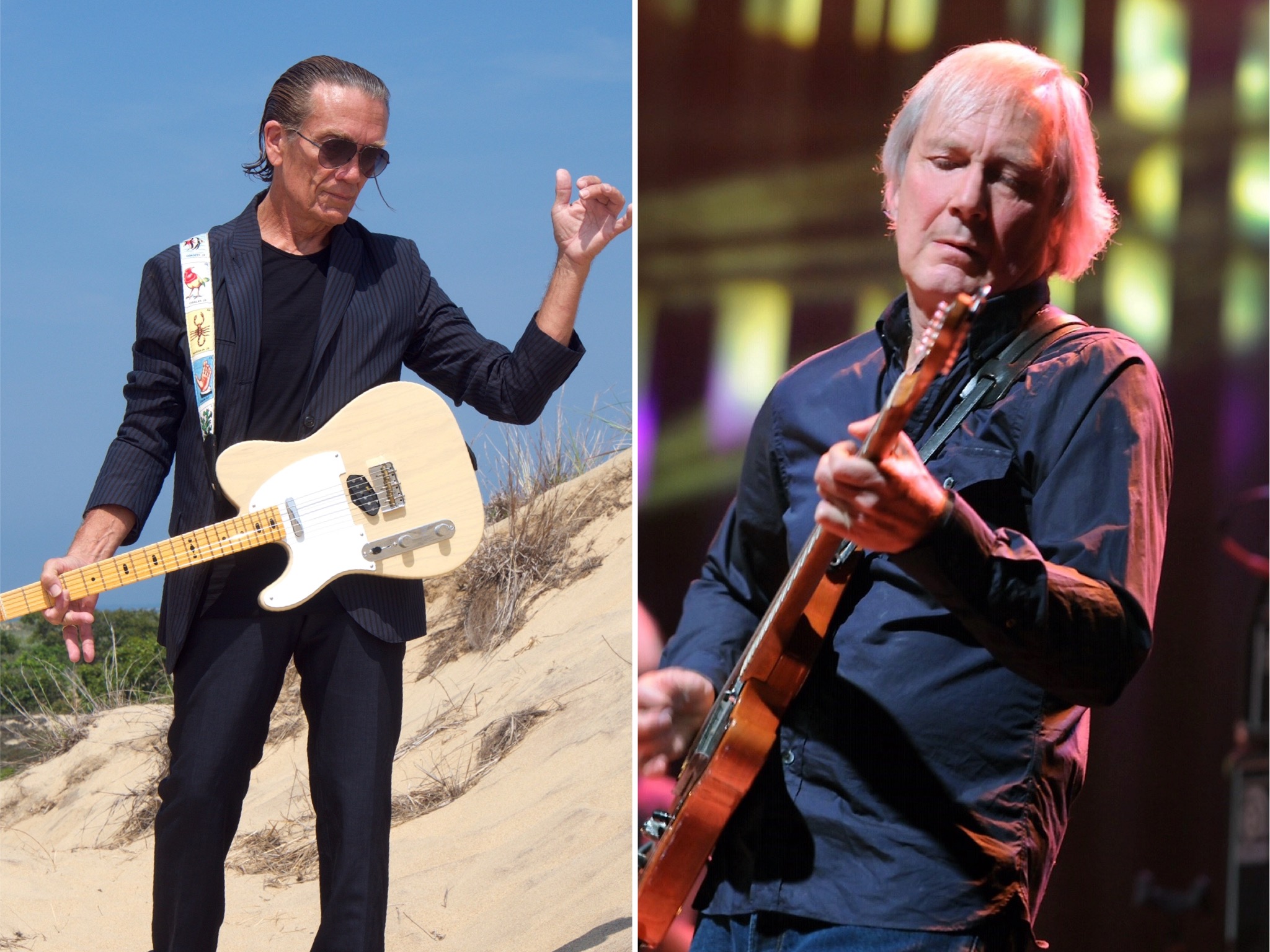 G.E. Smith is launching his fifth series of PORTRAITS this year for Guild Hall’s 90th anniversary with Masters of the TELECASTERS featuring he and Jim Weider. Smith was bandleader and Musical Director for Saturday Night Live (SNL) band from 85-95′. During this time he also toured with Bob Dylan for four years.  He was bassist on THE WALL LIVE TOUR for Roger Waters, 2010-2016 and sideman to Jagger, Bowie, and guitarist for Hall & Oates. He also helped Mike Myers write a song for Aerosmith, called Wayne’s World which went multi-platinum when they performed on SNL. Jim Weider, a master of classic telecaster guitar, is renowned for his rock and blues-based signature sound. He is among a select group of musicians with an endorsement from Fender and, for the past three decades, he’s earned enormous respect from fellow musicians and music fans throughout the world.