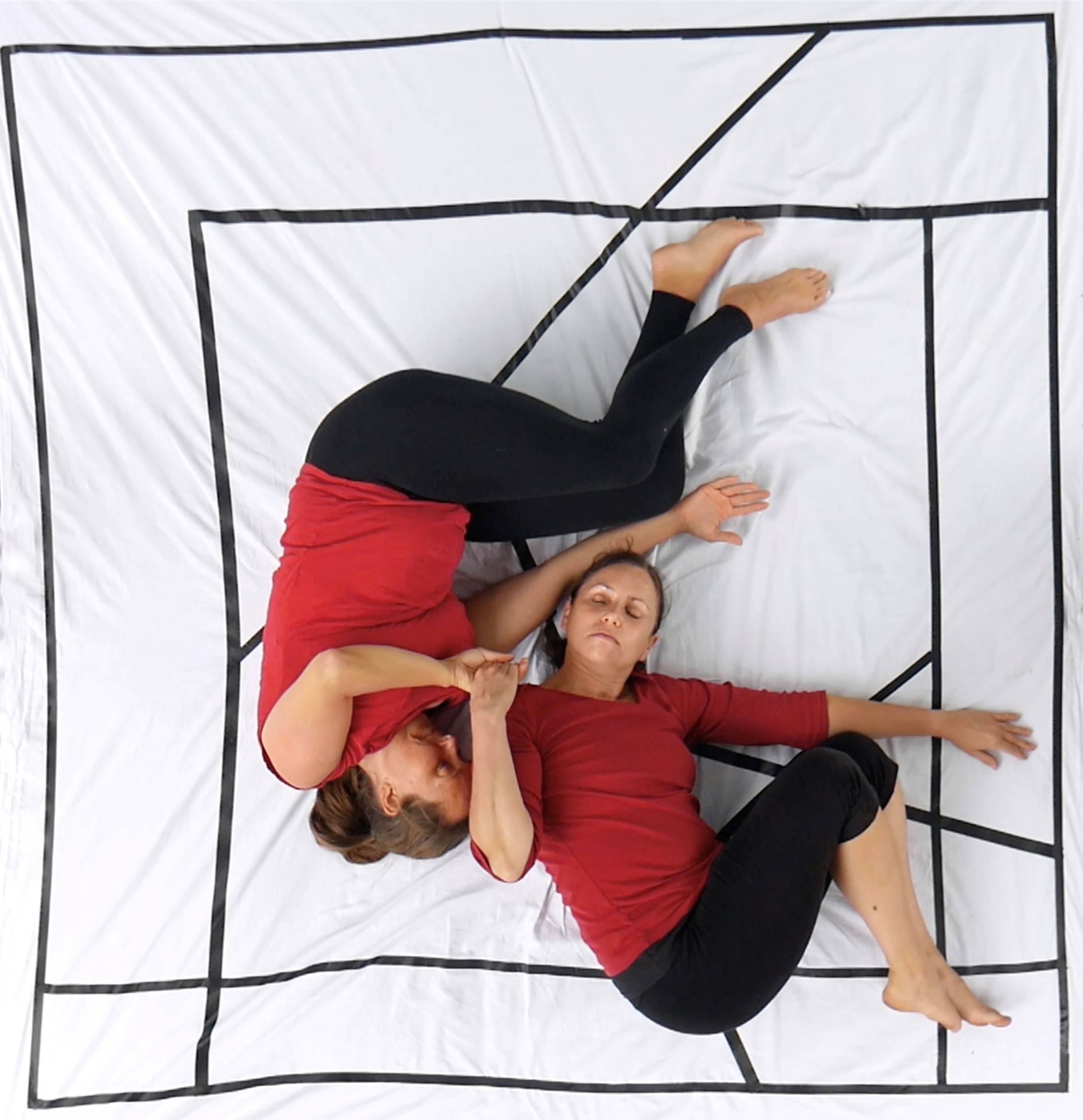 Interdisciplinary artist Andrea Cote and choreographer Ann Robideaux will activate the Minikes Garden as a place to gather amid a video installation accompanied by live sound by Chris Jones, and curated by Christina Mossiades Strassfield, Museum Director and Chief Curator.

The project explores how we embody personal and communal movement languages, through containment and connection in domestic and public spheres. The artists invited both professional dancers and recreational movers to explore movement inside six-foot square sheets delineated with geometric forms and cosmological patterns. As we occupy this present liminal zone, the artists create a place for visitors to inhabit that is at once intimate and communal.

Reservations are not required. Simply drop in over the course of their time in the garden!