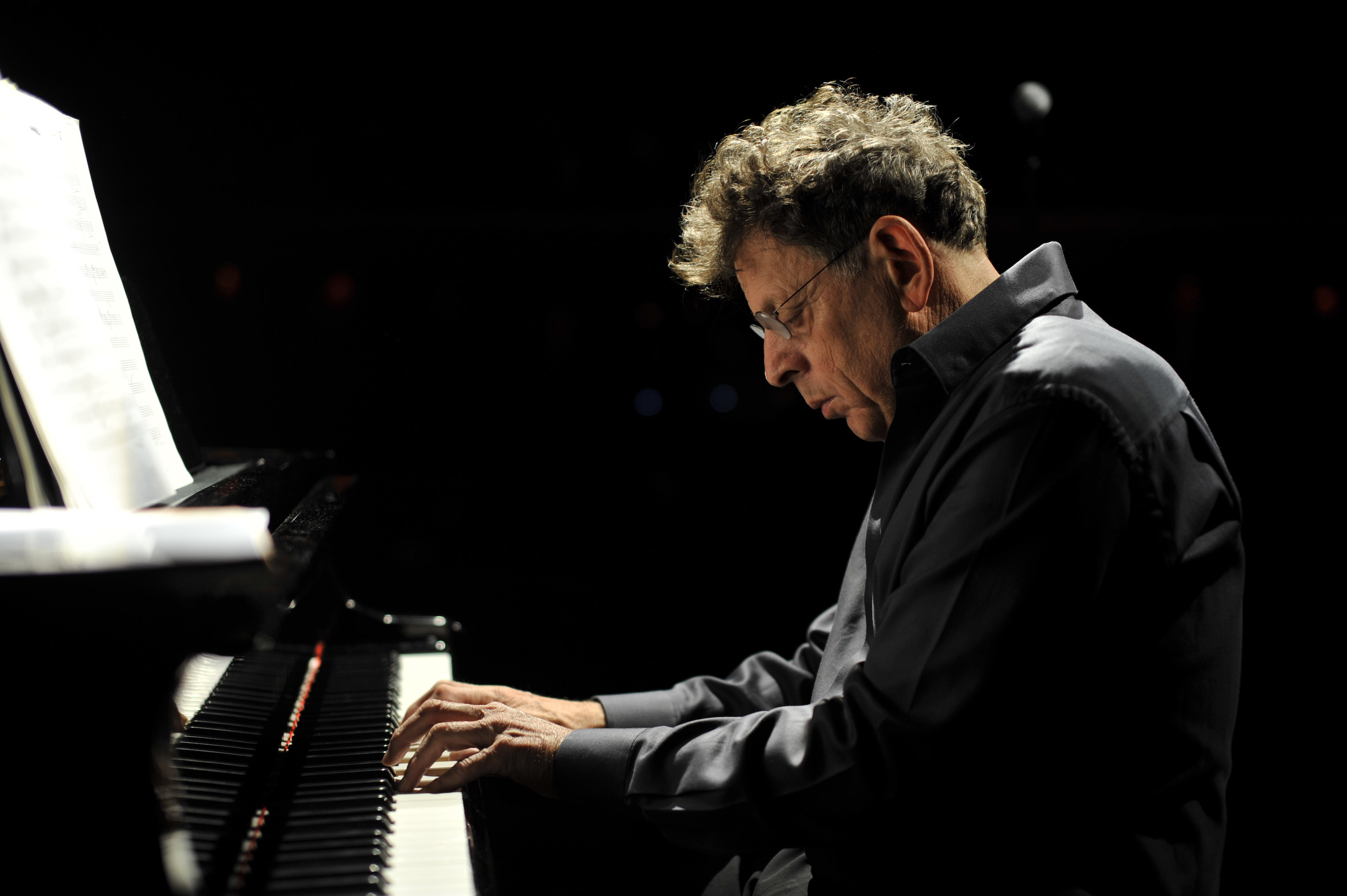 PROGRAM A
(SUBJECT TO CHANGE)
Mad Rush (1979)
Composed and performed by Philip Glass
Mad Rush was adapted from an earlier organ piece, Fourth Series Part 4, commissioned by Radio Bremen for the Holland Festival. Mad Rush was created as entrance music for the Dalai Lama on his 1979 visit to St. John The Devine Cathedral in New York. The Dalai Lama’s arrival time was uncertain, so Mad Rush was created as a piece that could be stretched for an indefinite period of time without the audience realizing that any delay was occurring. Mad Rush has since been adapted for solo piano.
Truman Sleeps (1998)
Composed by Philip Glass
Performed by Jenny Lin
This piece was originally composed for music from the motion picture, The Truman Show, directed by Peter Weir.
Etude No. 13 (2007) and No. 16 (2012)
Composed by Philip Glass
Performed by Jenny Lin
There were a number of special events and commissions that facilitated the composition of the Etudes by Philip Glass. The original set of six was composed for Dennis Russell Davies on the occasion of his 50th birthday in 1994. These Etudeswere later renumbered as Nos. 2, 3, 4, 5, 9 and 10. Etude No. 6 was commissioned in 1994 by WNYC for John Schaefer’s new music program under the original title ‘Now So Long After That Time’.  Etude No. 7 was commissioned by the Sydney Festival in 1996. Etudes 12 and 13 were commissioned by Bruce Levingston in 2007 and premiered in New York at Lincoln Center’s Alice Tully Hall. Etude No. 17 was commissioned for the 25th Anniversary of the Menil Collection in Houston, TX, and premiered in 2012. The final three works, Etudes Nos. 18, 19 and 20, were commissioned by the Perth Festival in 2012 in honor of Glass’s 75th birthday, and premiered on 16 February 2013.
Distant Figure, Passacaglia For Piano (2017)

This program is supported by Galia and Axel Stawski, with additional support by Sandy and Stephen Perlbinder.