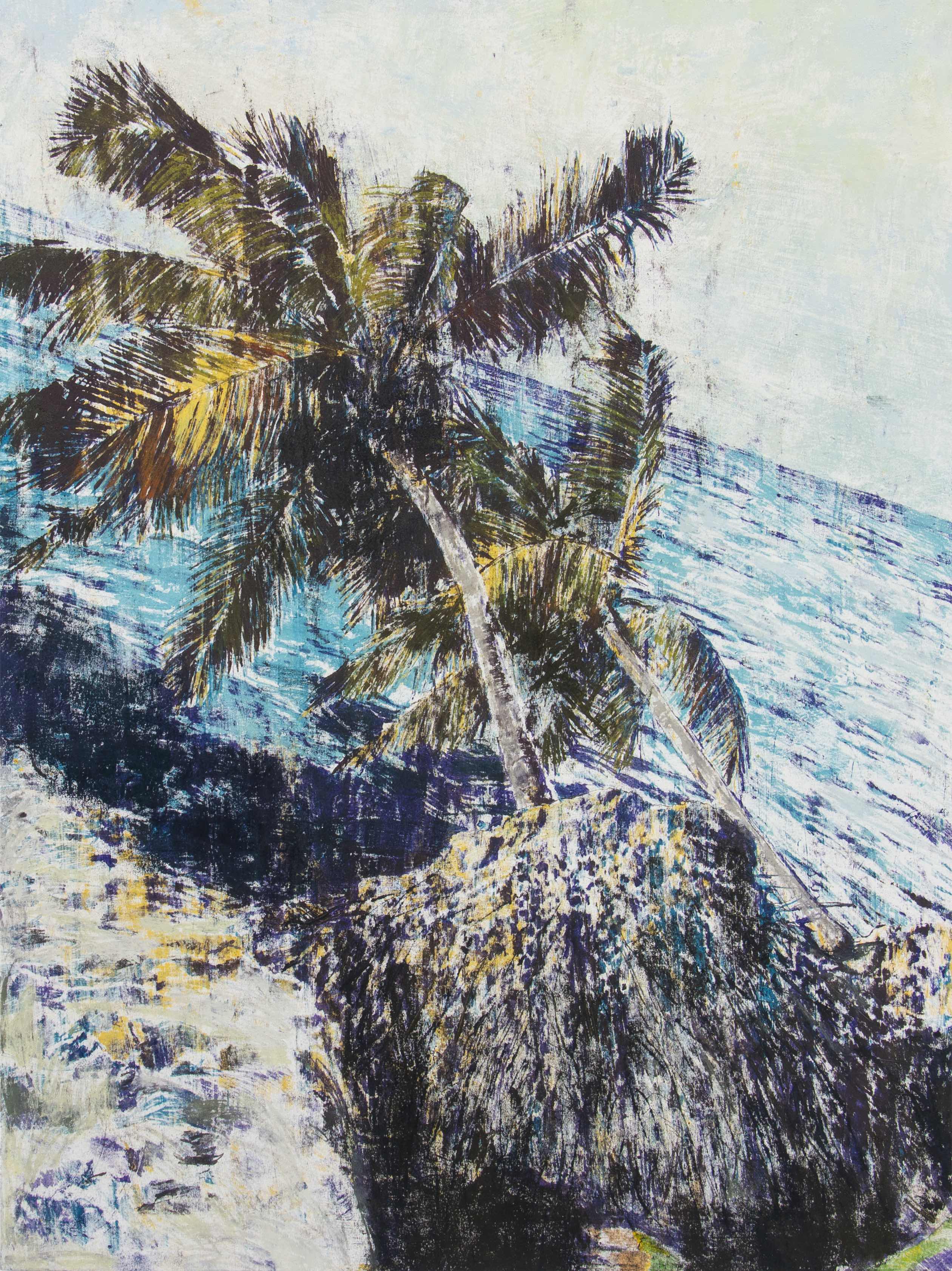 Enoc Perez is a  contemporary  Puerto Rican born multimedia  artist best known for his paintings and oil stick drawings. Perez’s Guild Hall exhibition, Paradise, will explore the theme of natural and man-made calamities. Through large-scale paintings, Perez refers to the devastation that Puerto Rico experienced during the 2017 Hurricane Maria. Instead of focusing on the physical destruction, the artist paints bent, but not broken, palm trees to represent the hope that Puerto Rico will move forward and recover. Other paintings depict spontaneous memorials made up of candles, flowers and photos of the deceased. Paradise will be exhibited in Guild Hall’s Moran and Spiga Galleries and will primarily be made up of works that have never been exhibited.

All Museum Programming supported in part by The Melville Straus Family Endowment, The Michael Lynne Museum Endowment, Crozier Fine Arts, The Lorenzo and Mary Woodhouse Trust, an anonymous donor, and public funds provided by New York State Council on the Arts with the support of Governor Andrew M. Cuomo and the New York State Legislature.