THEATER 2020: An Evening of Short Plays Directed by Bob Balaban 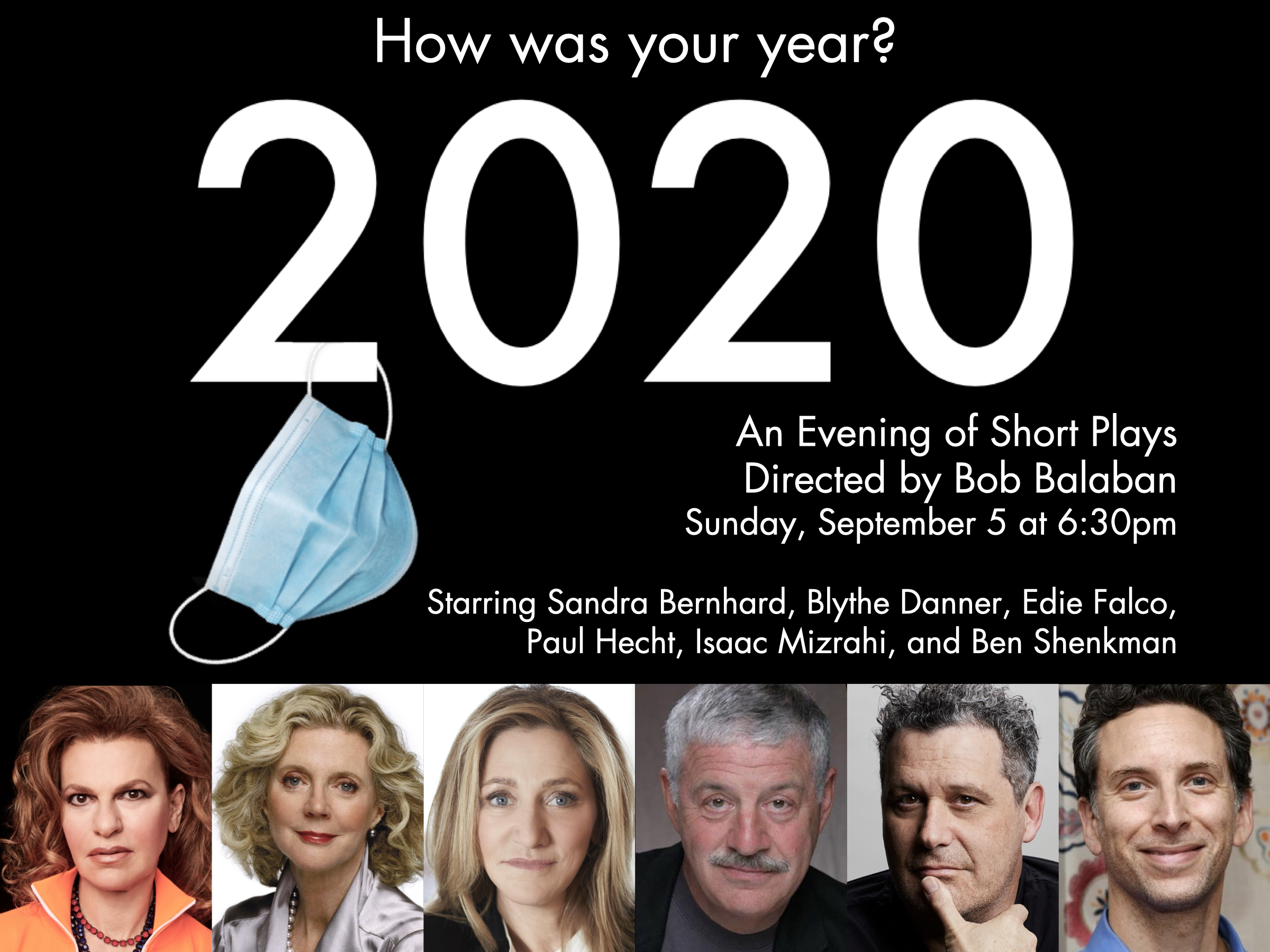 How was your year?

Day of Days by Lynn Grossman, performed by Edie Falco

The Character Actor by Sarah Ruhl  performed by Paul Hecht

THIS PROGRAM WILL TAKE PLACE INDOORS IN THE JOHN DREW THEATER. Guests attending any INDOOR John Drew Theater programs must show proof of FULL vaccination. At this time, only fully vaccinated guests are permitted to attend programs in the indoor theater.  Face coverings are required for all guests over the age of two.