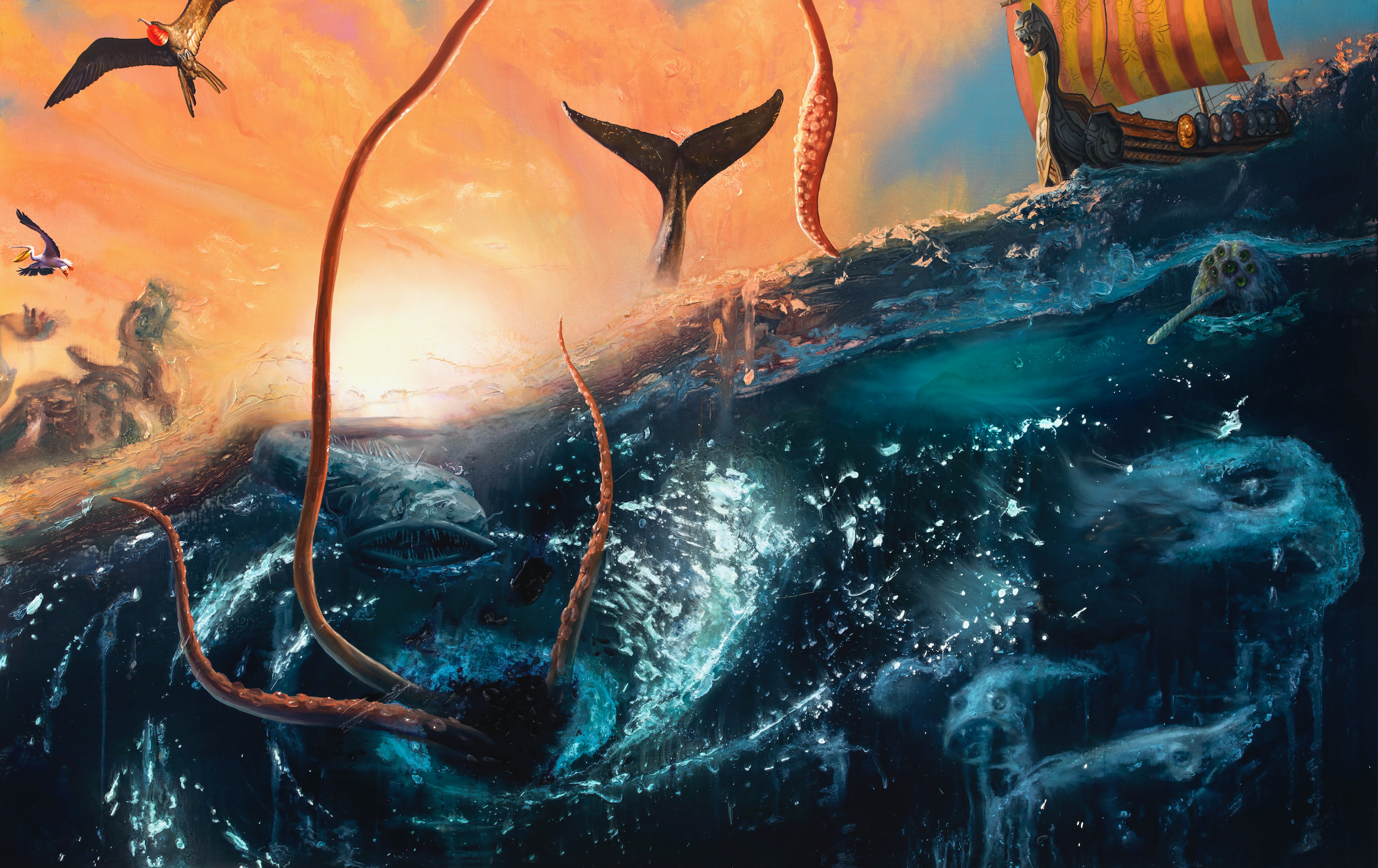 Guild Hall is proud to present Alexis Rockman: Shipwrecks. This exhibition of new paintings and works on paper by American artist Alexis Rockman looks at the world’s waterways as a network by which all of history has traveled. The transport of language, culture, art, architecture, cuisine, religion, disease, and warfare can be traced along the routes of seafaring vessels dating back to and in some cases predating the earliest recorded civilizations. Through depictions of historic and imagined shipwrecks and their lost cargoes, Alexis Rockman addresses the impact—both factual and extrapolated—that the migration of material culture, people, plants, and animals has on the planet. The artist’s virtuosity with paint and his appreciation for the marine landscape genre connect this body of work to maritime art history and its abundant sociological themes. This timely exhibition is propelled by impending climate disaster and the current largest human migration in history, which is taking place in part by water.

An excellent platform for the discussion of the 2020 global pandemic, Alexis Rockman: Shipwrecks examines the long history leading up to globalization, including the exploitation of humans, animals, and natural resources, and the ways in which all parts of the planet are now inextricably connected.

Inclusive of non-Western depictions of waterborne vessels and journeys, Alexis Rockman: Shipwrecks departs from traditional euro-centric maritime images associated with the Age of Exploration and embraces other periods and global regions that contributed to the history of seafaring.

Per CDC and state guidelines, people who are not fully vaccinated must continue to wear face coverings while indoors.

Guild Hall’s museum programs are made possible by the New York State Council on the Arts with the support of Governor Andrew M. Cuomo and the New York State Legislature, the Helen Frankenthaler Foundation, an anonymous donor, Peggy J. Amster, Crozier Fine Arts, and funding from The Michael Lynne Museum Endowment, and The Melville Straus Family Endowment.