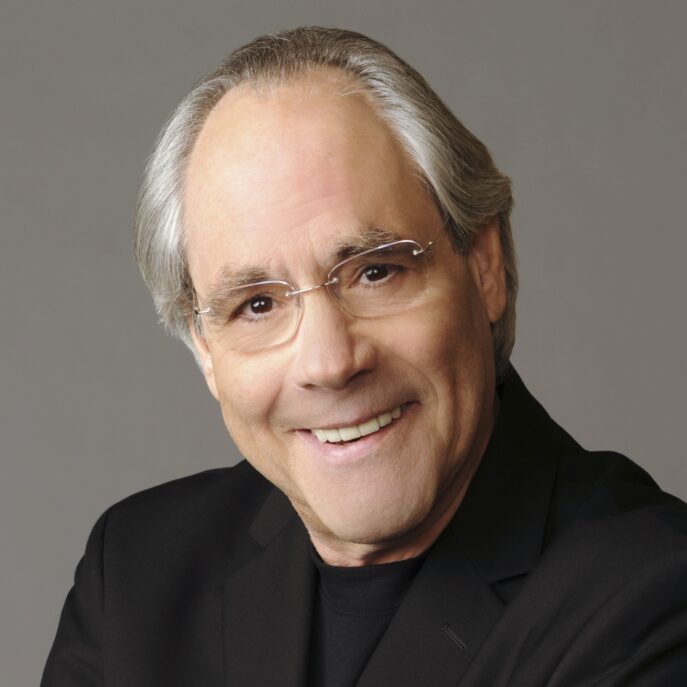 For more than forty years, Robert Klein has entertained audiences, and has an acclaimed career in comedy, on Broadway, on television, and in film.

In the spring of 2017, his documentary “Robert Klein Still Can’t Stop His Leg” aired on STARZ.  The special is a hilarious look at his life and career, featuring Jerry Seinfeld, Bill Maher, Ray Romano, David Steinberg, Fred Willard, John Stewart, Jay Leno and others discussing Klein’s influence on their careers, comedy as a whole, and their reverence of his comedic genius.

Born in the Bronx, he was a member of the famed “Second City” theatrical troupe in Chicago.

He was nominated twice for Grammy Awards for “Best Comedy Album of the Year” for his albums “Child of the Fifties” and “Mind Over Matter.”

In 1975, Klein was the first comedian to appear in a live concert on Home Box Office. He has gone on to do nine one-man shows for HBO and received his first Emmy nomination for Outstanding Music and Lyrics in 2001 for Robert Klein: “Child in His 50’s.”  Klein released “Robert Klein: The HBO Specials 1975-2005,” a collector’s DVD box set to critical acclaim.

His special for HBO, “Robert Klein: Unfair and Unbalanced earned him a second Emmy nomination in 2011 for Outstanding Original Music and Lyrics. The special is available on DVD.

Among dozens of starring and guest-starring roles on television, he co-starred in the hit NBC series, “Sisters,” has a recurring guest-starring role on “Law and Order” and has guest starred on “The Good Wife” and “Royal Pains.”  He regularly appeared on talk shows, making more than 100 appearances on “The Tonight Show” and “Late Show with David Letterman.”

Currently, he can be seen on “The Tonight Show Starring Jimmy Fallon,” where he is a show favorite, and on “The Late Show with Stephen Colbert.”

He’s appeared on “Madame Secretary” starring Tea Leoni on CBS, “Sharknado 2: The Second One” and ”Sharknado 3: Oh Hell No!” starring Ian Ziering, on Syfy. He guest starred as Laura Diamond’s grouchy but loveable father, Leo, on NBC’s “The Mysteries of Laura.”  Most recently, he appears as Grace’s father, Martin Adler on “Will and Grace,” starring Debra Messing, Eric McCormack, Sean Hayes and Megan Mullally.

Klein has also appeared in many notable films including, “Hooper,” “The Owl and the Pussycat,” “Primary Colors,” “People I Know,” “Two Weeks Notice,” “How to Lose a Guy in 10 Days,” and “The Back-Up Plan” with Jennifer Lopez.

“The Amorous Busboy of Decatur Avenue,” his first book for Simon & Schuster, is an affectionate coming-of-age memoir about growing up in the ‘50s and ‘60s before embarking on a show business career. In it he recounts his journey from an apartment in the Bronx, developing his talent in Chicago and the beginning of his show business stardom. The book is pure Robert Klein: witty, honest, self-questioning and always contagiously funny. Publishers Weekly wrote: “…he unfurls an array of captivating anecdotes, writing with wry wit and honesty.”

Robert, a lifelong New Yorker, makes his homes in Westchester and in New York City.