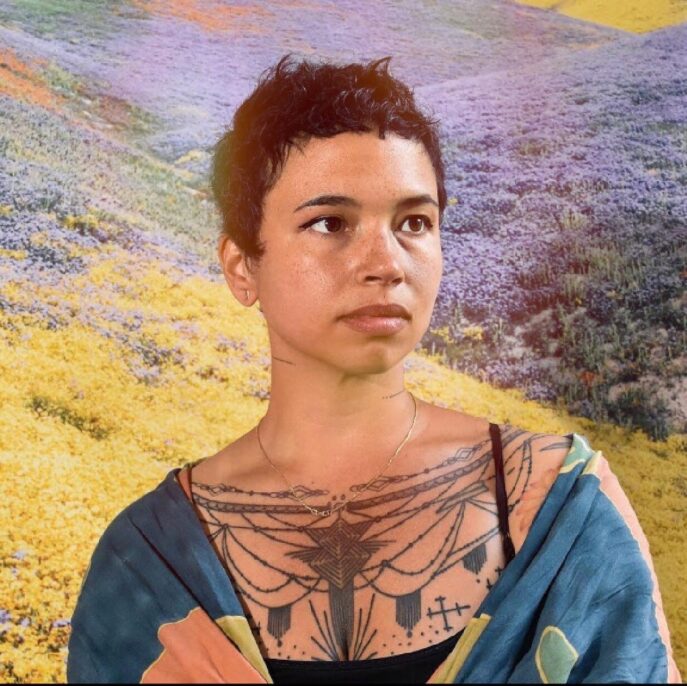 Holland Andrews (they/them) is an American vocalist, composer, and performance artist whose work focuses on the abstraction of operatic and extended-technique voice to build soundscapes encompassing both catharsis and dissonance. Frequently highlighting themes surrounding vulnerability and healing, Andrews arranges music for voice, clarinet, and electronics. Andrews harnesses these instruments’ innate qualities of power and elegance to serve as a cohesive vessel for these themes. As a vocalist, their influences stem from a dynamic range including contemporary opera, theater, and jazz, while also cultivating their own unique vocal style which integrates these influences with language disintegration and vocal distortion. Andrews previously performed solo music under the stage name Like a Villain.