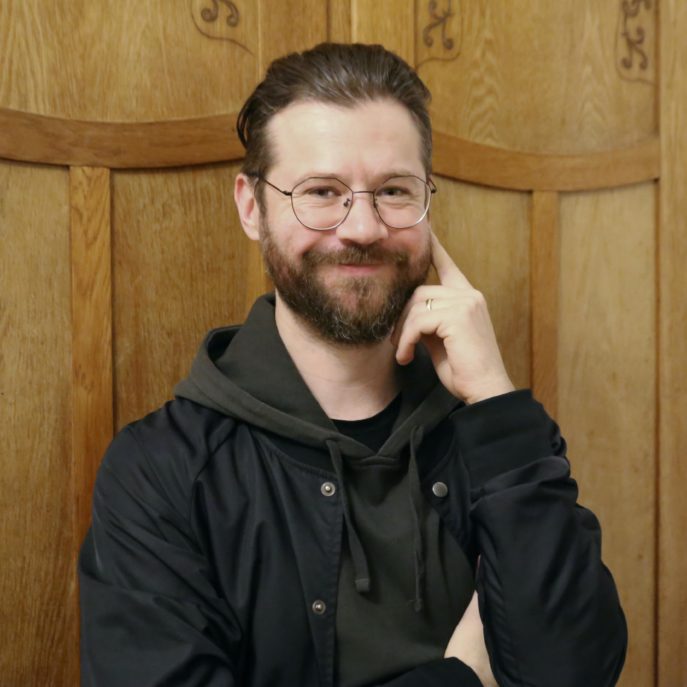 Daniel Vlcek (1978)  is a multimedia artist, musician and producer best known for his geometrical paintings created by carving layer after layer of circular patterns using vinyl or CDs as stencils. By using a nostalgic object used for the mass reproduction of sound, Vlcek references industry, authenticity and such dichotomies as the invisible/visible, digital/analogue and handmade/machinemade. He often supplements his work with sound installations and works to create both sonic and spatial interventions with his painting. Vlcek also works with textile, utilizing nearly extinct and unique methods of mechanical weaving such as Aradecor and Artprotis. In doing so, Vlcek goes back to the liminal space between industrial production and one which, although mechanical, is still reliant on craftsmanship. He is a graduate of the Academy of Fine Arts in Prague, the Czech Republic where he lives and works.