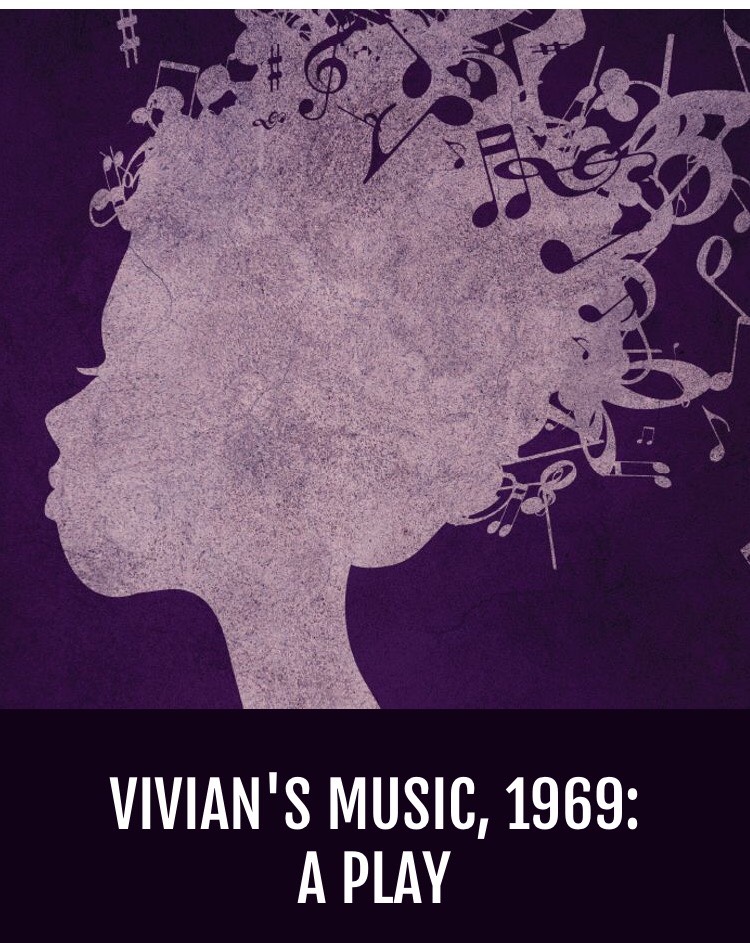 “Vivian’s Music is a stunning piece of work…Like the title character, it’s funny and smart and so, so heartbreaking.” – WomanAboutTown.com

“Vivian’s Music, 1969 is outstanding… The script is superb… both actors capture the characters perfectly… You absolutely must catch this.” – chrisontheatre.wordpress.com

“It’s a dynamic show that is beautifully written, directed, designed and performed. This show could be performed anywhere, with only candles or the light from an open fire and still completely move you to tears with its truth.”  – StageBiz.com

Inspired by these real events: in 1969, in a segregated city in the American Midwest bursting with racial tension, a 14 year old black girl named Vivian was shot by a white cop, igniting one of the worst race riots in American history. No one knew anything about her, just her name, her age, and how she died. This fantasia for two actors gives Vivian a life, a family, a love of music, and a reason to live; the jazz legend who’s back in the neighborhood might be her real father. Can they find each other, before the city explodes?