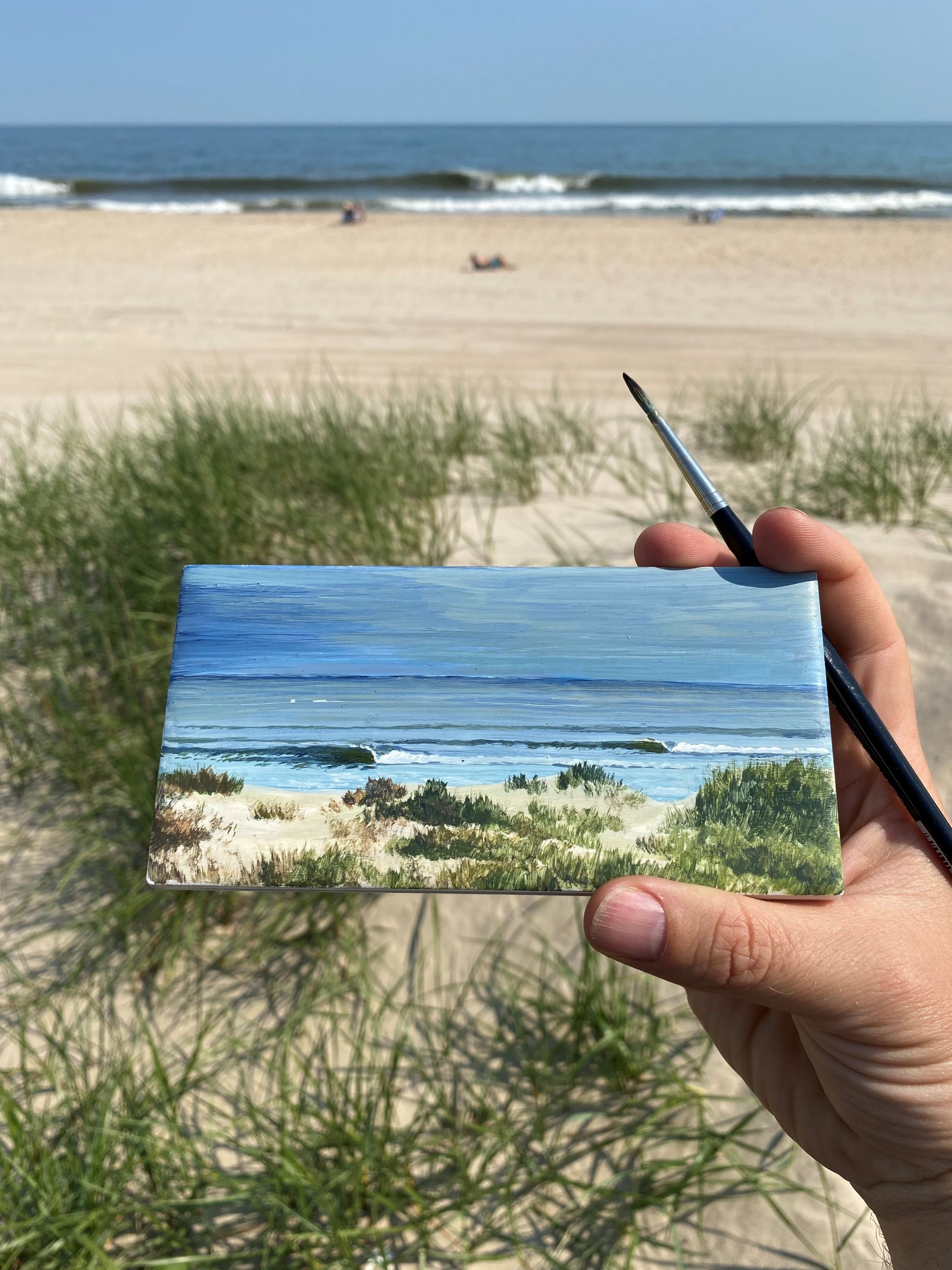 Community Artist In Residence, Scott Bluedorn will lead a series of plein air painting workshops as a part of his residency project with Guild Hall.  Scott’s project is focused on the history, practice, and revitalization of “The Tile Club;” a group of artists from the late 19th century, who met and painted on decorative tiles, often en plein air, on the Eastern End of Long Island.

Scott will host artists once a month on Wednesdays in June, July and August at the following locations: Camp Hero in Montauk, Gerard Drive in Springs, and Mulford Farm in East Hampton. During these free workshops artists will paint on tiles provided by Guild Hall and are asked to bring their own acrylic paints, brushes, water jar, palette, and protective weather gear. We ask that each participant gives at least one tile to Guild Hall to be included in a final installation culminating this project in the Fall of 2021.