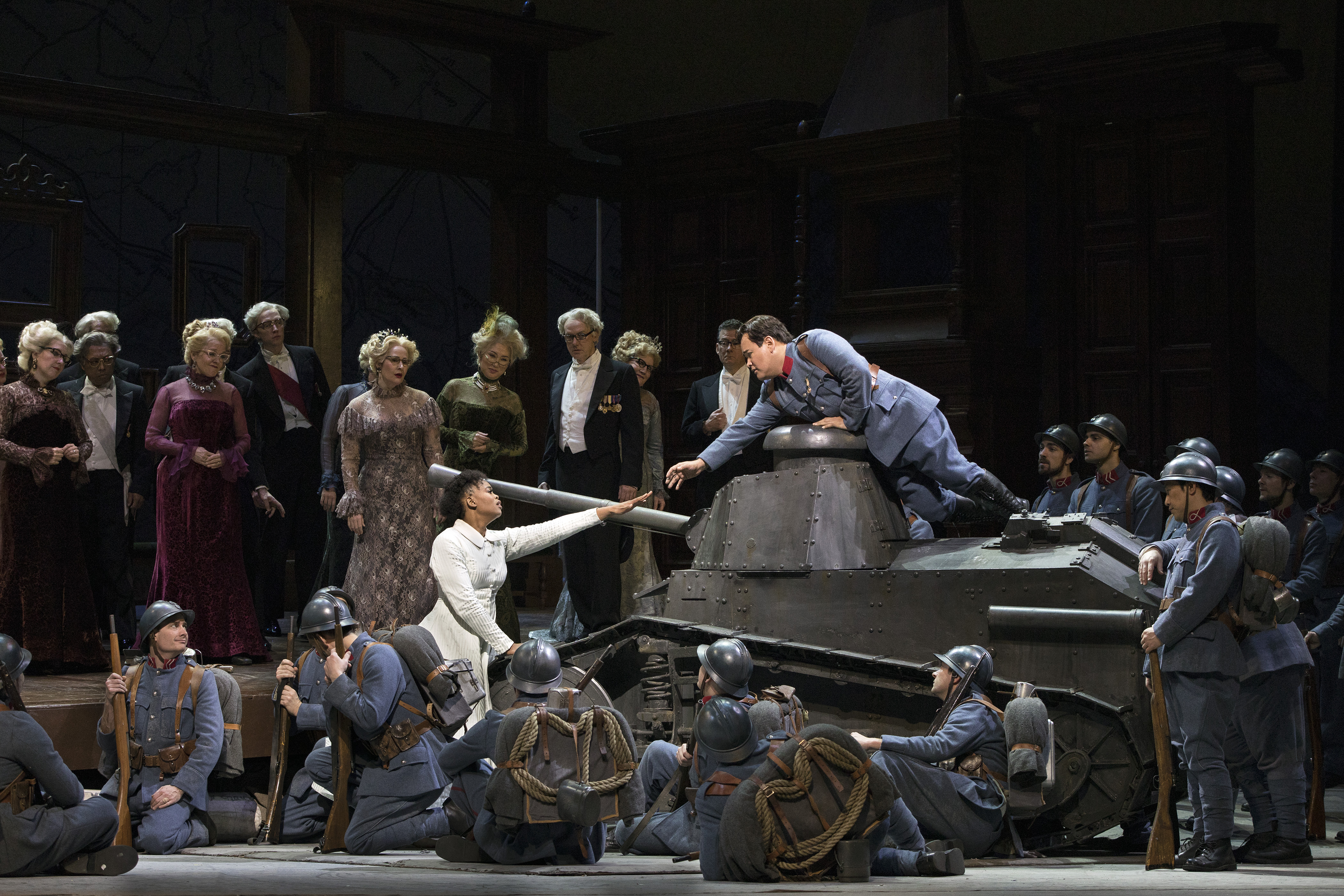 World Premiere: Opéra Comique, Paris, 1840. This frothy comedy mixes humor with a rush of buoyant melody and notorious vocal challenges. The story concerns a young orphan girl raised by an army regiment as their mascot and begins at the moment of her first stirrings of love. Complications (and comedy) ensue when her true identity is discovered. The action is startlingly simple and unencumbered by intricate subplots, allowing the full charm of the characters and their virtuosic music to come across in an uninhibited way.

Bergamo-born Gaetano Donizetti (1797–1848) composed about 75 operas, plus orchestral and chamber music, in a career abbreviated by mental illness and premature death. Apart from the ever-popular Lucia di Lammermoor and the comic gems L’Elisir d’Amore and Don Pasquale, most of his works disappeared from public view after his death. But critical and popular opinion of his huge opus has grown considerably over the past 50 years. The librettist Jules-Henri Vernoy de Saint-Georges (1799–1875) was a dramatist and the manager of the Opéra Comique. He also wrote the libretto for the enduringly popular ballet Giselle and was a frequent collaborator of the most successful theatrical personalities of his day.

Donizetti’s score is a deft combination of jaunty military tunes, brisk comic numbers, enormously graceful ensembles and vocal solos, and sparkling arias. Not many singers have the technical ability and theatrical presence to deliver the famous fireworks arias (notably the soprano’s Act I “Chacun le sait” and the tenor’s Act I “Ah! Mes amis,” with its notorious nine high Cs). Just as important as these, however, are the lyric beauty and pathos of the slower melodic gems (the soprano’s “Il faut partir” in Act I and the tenor’s “Pour me rapprocher de Marie” in Act II).

The simulcasts at Guild Hall are made possible in part through the generosity of: