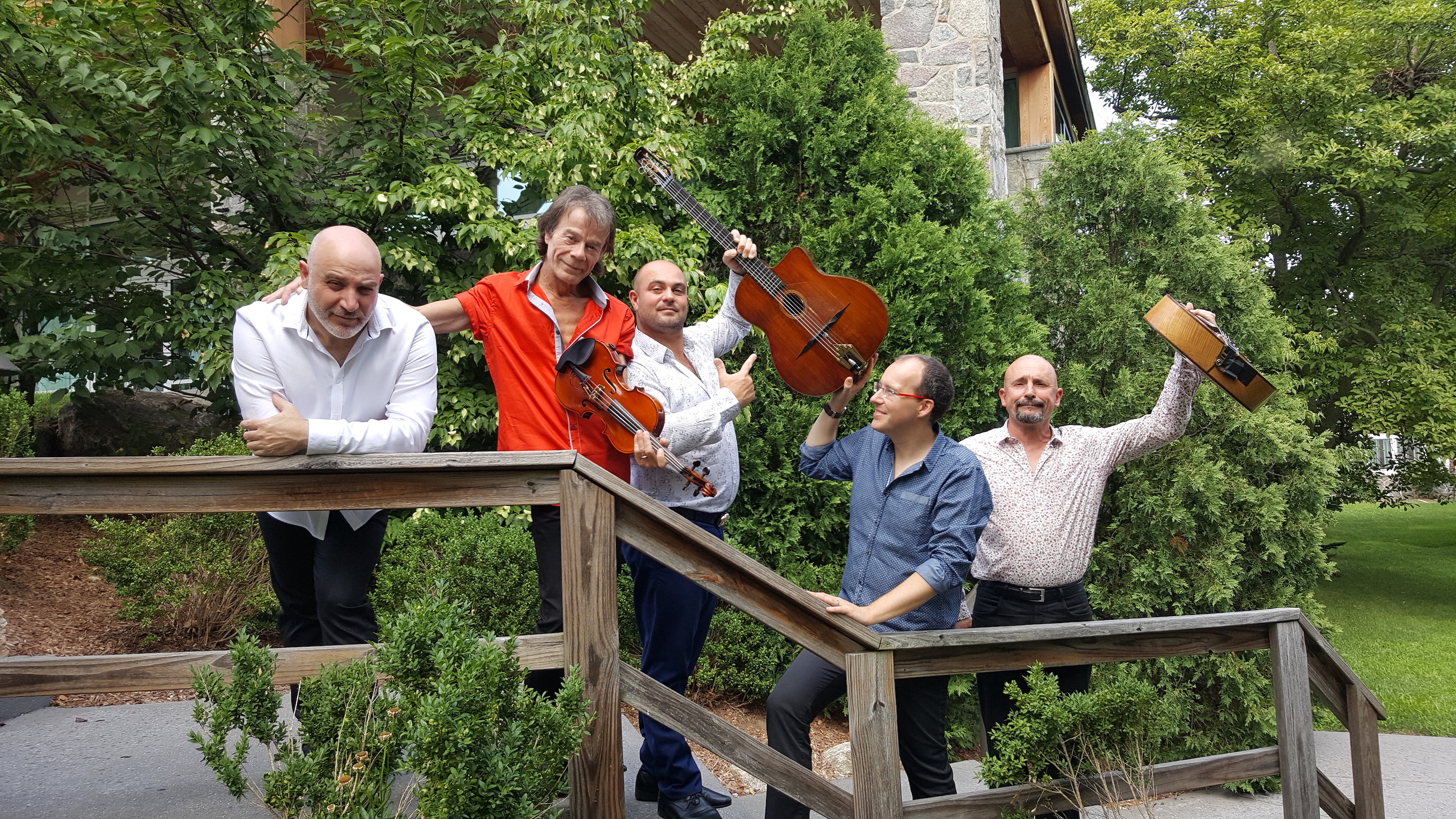 “Some of the greatest musicians in the world!” –Leonardo DiCaprio

World Tour! Straight from France, The Django Festival Allstars bring the music of the legendary Gypsy Jazz Guitarist Django Reinhardt into the 21st century. Their unique, high energy performance pays tribute to one of the greatest guitar players of all time. Reinhardt’s driving, swinging style of “hot jazz” sizzles as masterfully played by the Allstars, who unleash their own interpretations, arrangements and original compositions with stunning virtuosity.