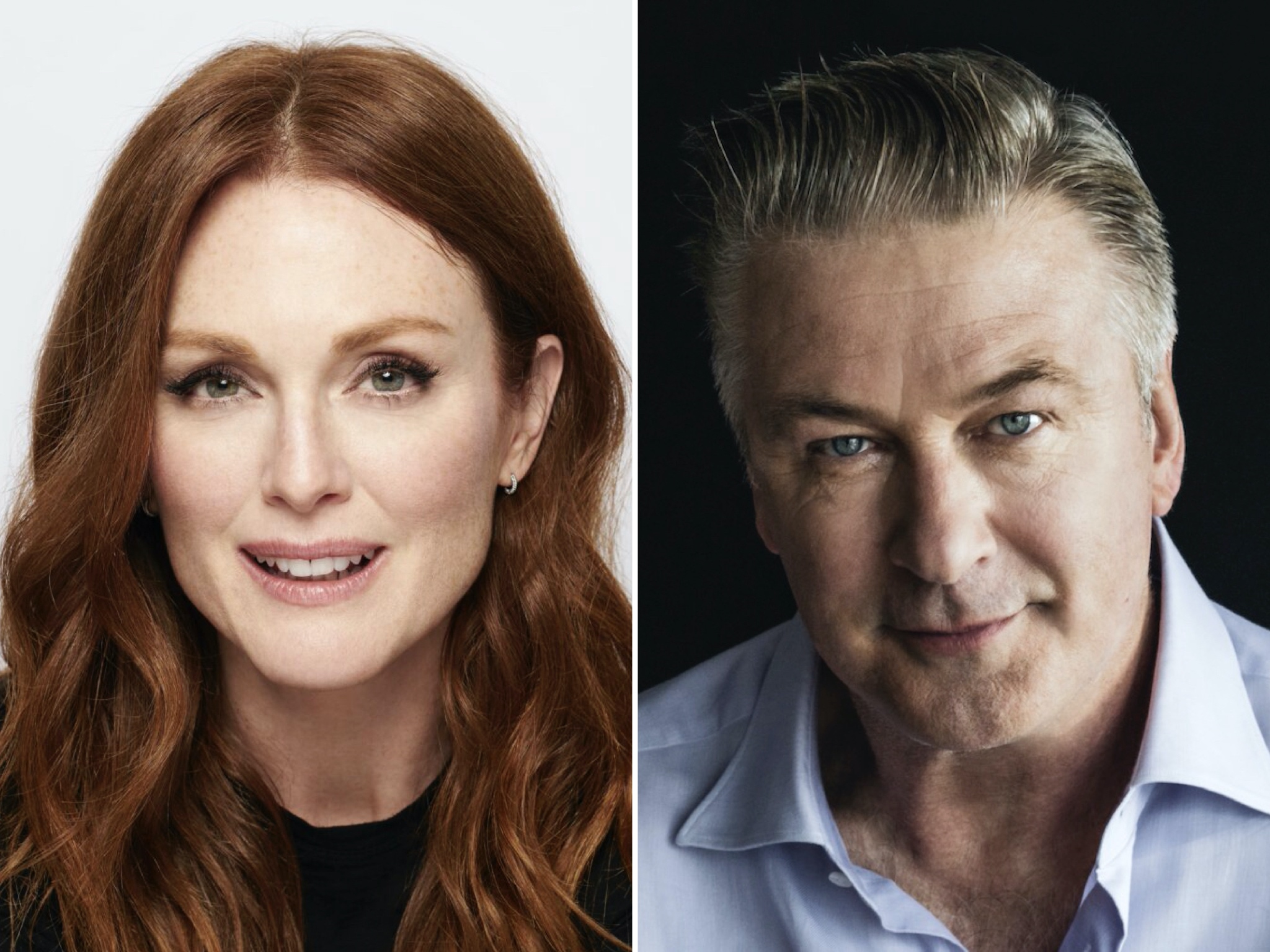 If you missed the brilliantly acted, hilarious and romantic virtual reading of Same Time, Next Year by Academy and Emmy Award winner Julianne Moore and Academy nominated and Emmy, SAG and Golden Globe award winner Alec Baldwin, you are in luck, for one month, the performance will be available for online streaming to be watched online anytime, anywhere from July 17 through August 16, 2020. Running time of the program is 90 minutes. The cost of streaming is $9.99, and proceeds from this on-demand offering benefit Guild Hall, the Hamptons legendary hub of arts, entertainment, and culture, greatly impacted by the Covid-19 pandemic but undeterred in creating art by any means necessary.

The online premiere took place on Sunday, July 12 with tickets at $100 per household. Under the direction of fellow actor and friend, Bob Balaban, Baldwin and Moore brilliantly reprised the roles of George and Doris, lovers who meets annually for 26 years as their individual lives evolve and mature. The real life friendship and rapport between Baldwin and Moore was palpable and transcended the medium. Dozens of viewers to the premiere heaped praise on the actors and the direction:

They succeeded, not only as impossibly charming and emotionally gripping, but as a rare glimpse into the commitment each actor felt for his//her craft, especially when done in service to a beloved institution. –Jody

Now you can catch the same program at your convenience with the knowledge that your rental is supporting Guild Hall.