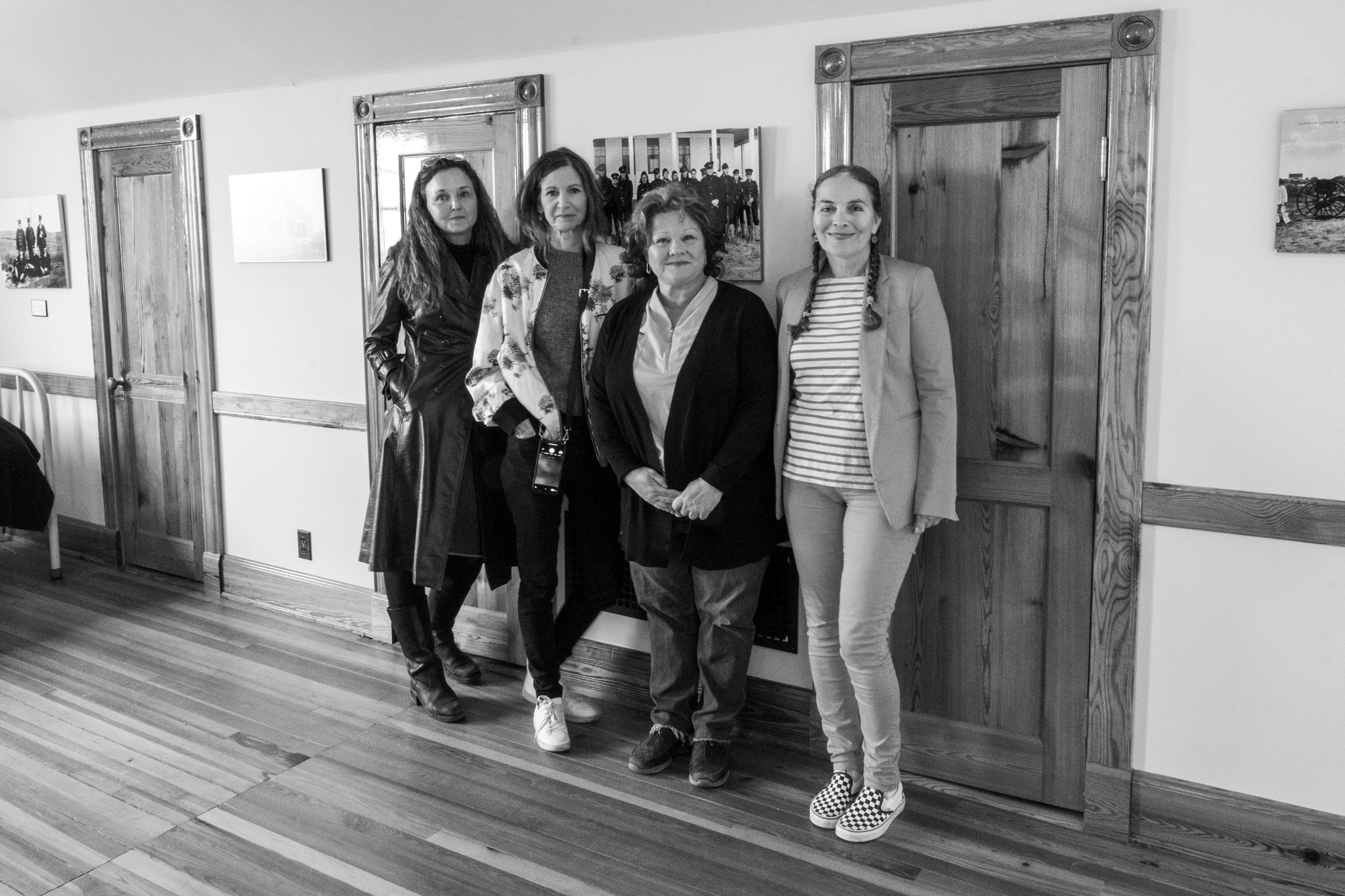 Join us for this exclusive opportunity to meet the Now Here artists and get an understanding of the artists collective and the site-specific installation, ask questions, and engage with the art.

The No W here Collective, made up of Alice Hope, Toni Ross, and Bastienne Schmidt, will present the off-site exhibition entitled Now Here, Curated by Christina Mossaides Strassfield. The project will primarily respond to the Life Saving Station’s faking box (a box in which a long rope is faked; used in the life-saving service for a line attached to a shot), seen as the emblematic artifact in the Station’s collection that emanates their mission — to save lives. The faking box, in itself, embodies a formal aesthetic that relates to the Collective’s original artifact and inspiration, the Metropolitan Museum’s Marshallese Navigation Chart.

The collective will show works in the south facing crew quarter’s room on the second floor, the Station’s western facing backyard, and the southeast corner of the wrap around porch, as well as other areas on the site. In the crew’s quarters, the artists will do responsive installations to the room itself and the faking box. The outdoor installations will also be responsive to the site, the faking box, and will include implicit references to the Navigation Chart, from the artists’ non-literal creative perspectives.

About the Amagansett U.S. Life-Saving Station

The Amagansett Station was constructed on Atlantic Avenue in 1902, one of a network of thirty life-saving stations on the South Shore of Long Island. Through each night and in bad weather the crew at these stations kept watch from the lookout tower and by patrolling the beach. Discovering a ship in distress, the life-savers would perform a rescue by launching their surfboat or by firing a line to the ship and taking people off with a breeches buoy. From 1902 to 1937 the crew of the Amagansett Life-Saving Station, most of whom were experienced local fishermen and shore whalers, kept watch over this beach and rescued sailors and passengers from a number of shipwrecks.

The Life-Saving Service and the Lighthouse Service were the two federal programs intended to increase the safety of coastal navigation. These two services were later joined in the U.S. Coast Guard. The Amagansett Life-Saving Station complements the Montauk Point Lighthouse in recalling that era of our maritime history when ships sailing the ocean provided the principal means of transporting goods and people in coastal America.