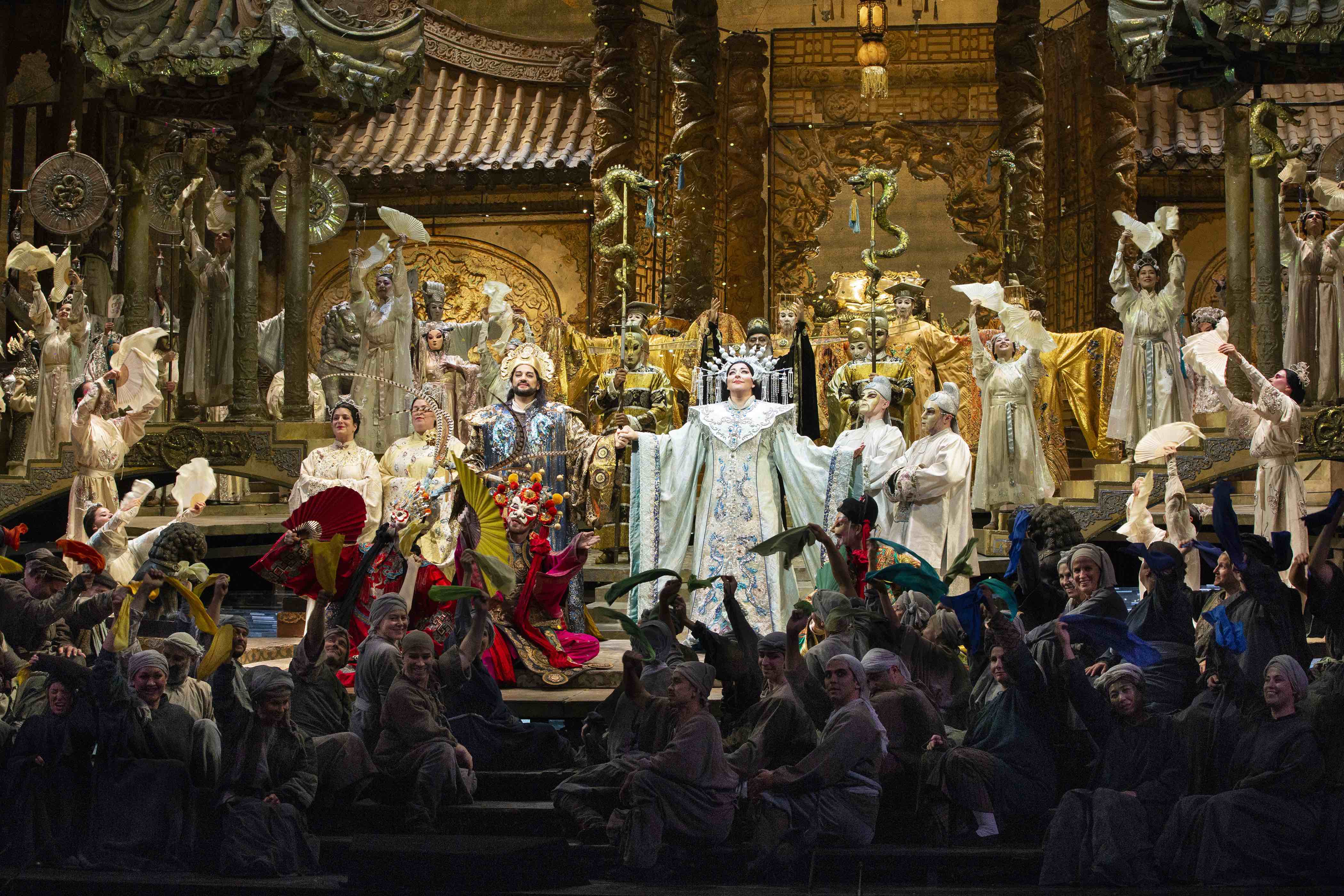 In recent seasons, Christine Goerke has summited some of the greatest heights of the Germanic soprano repertoire, appearing as the Dyer’s Wife in Die Frau ohne Schatten, the title character of Elektra, and Brünnhilde in the complete Ring cycle. She has also wowed audiences as Turandot, the icy princess at the heart of Puccini’s grand final masterpiece. In this performance from the 2019–20 Live in HD season, Goerke stars alongside tenor Yusif Eyvazov (as Calàf) and soprano Eleonora Buratto (as Liù) in Franco Zeffirelli’s classic staging, which dazzles with its opulent visions of mythic China. Met Music Director Yannick Nézet-Séguin is on the podium, drawing a vivid array of musical colors from the incomparable Met Orchestra and Chorus.