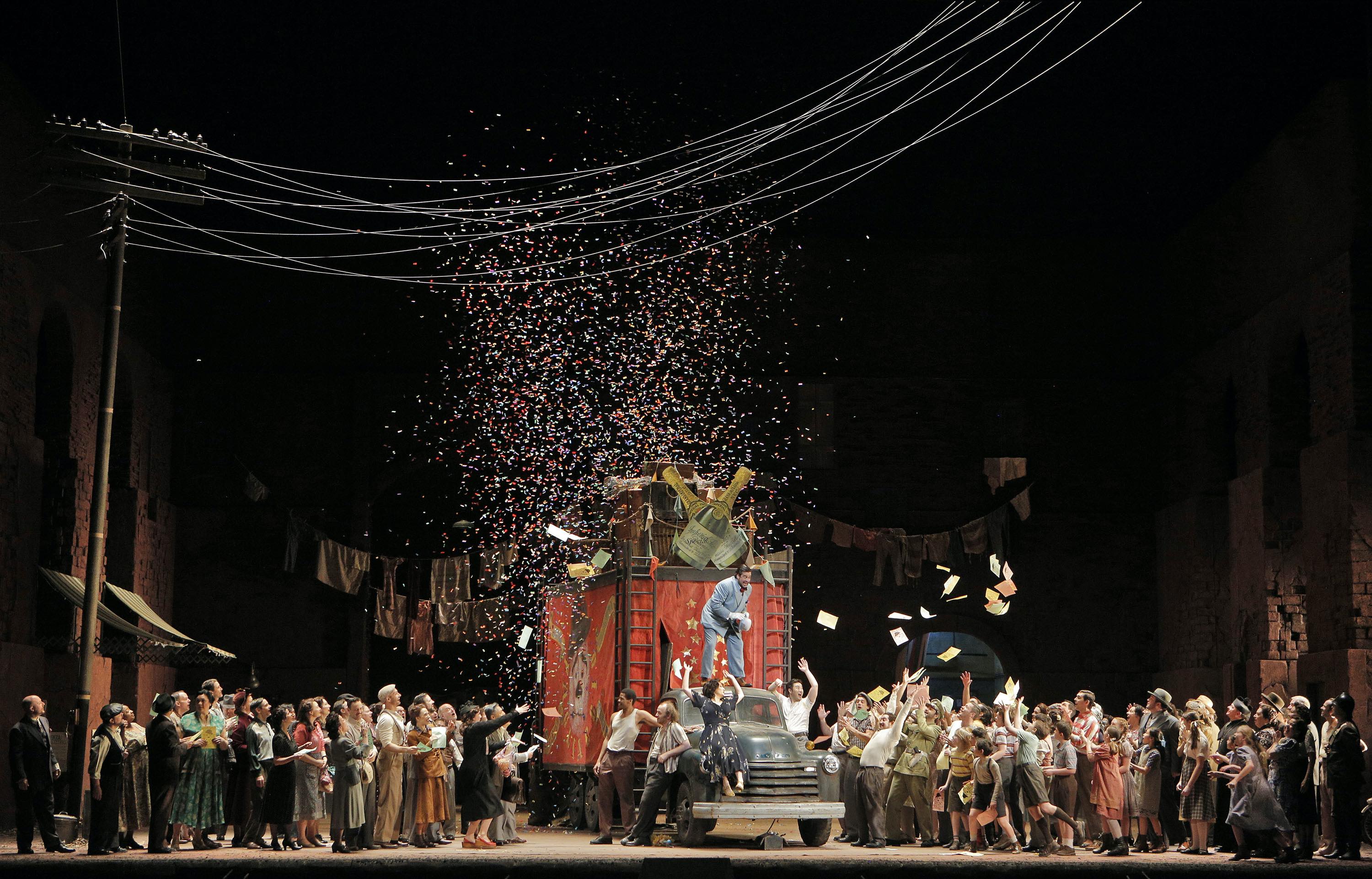 Director David McVicar’s new production brings opera’s favorite double bill to new life, setting the two operas in the same Sicilian setting, separated by two generations. Marcelo Álvarez takes on the rare feat of singing both leading tenor roles. In Cavalleria, he is Turiddu, the young man who abandons Santuzza (Eva-Maria Westbroek) in his pursuit of the married Lola (Ginger Costa-Jackson)—and ends up being killed in a duel with her husband, Alfio (George Gagnidze). In Pagliacci, Álvarez is Canio, the leader of a traveling vaudeville troupe. Patricia Racette sings Nedda, his unfaithful young wife, whose plans to run away with her lover are foiled by her spurned admirer Tonio (George Gagnidze)—with equally tragic consequences. Met Principal Conductor Fabio Luisi is on the podium.