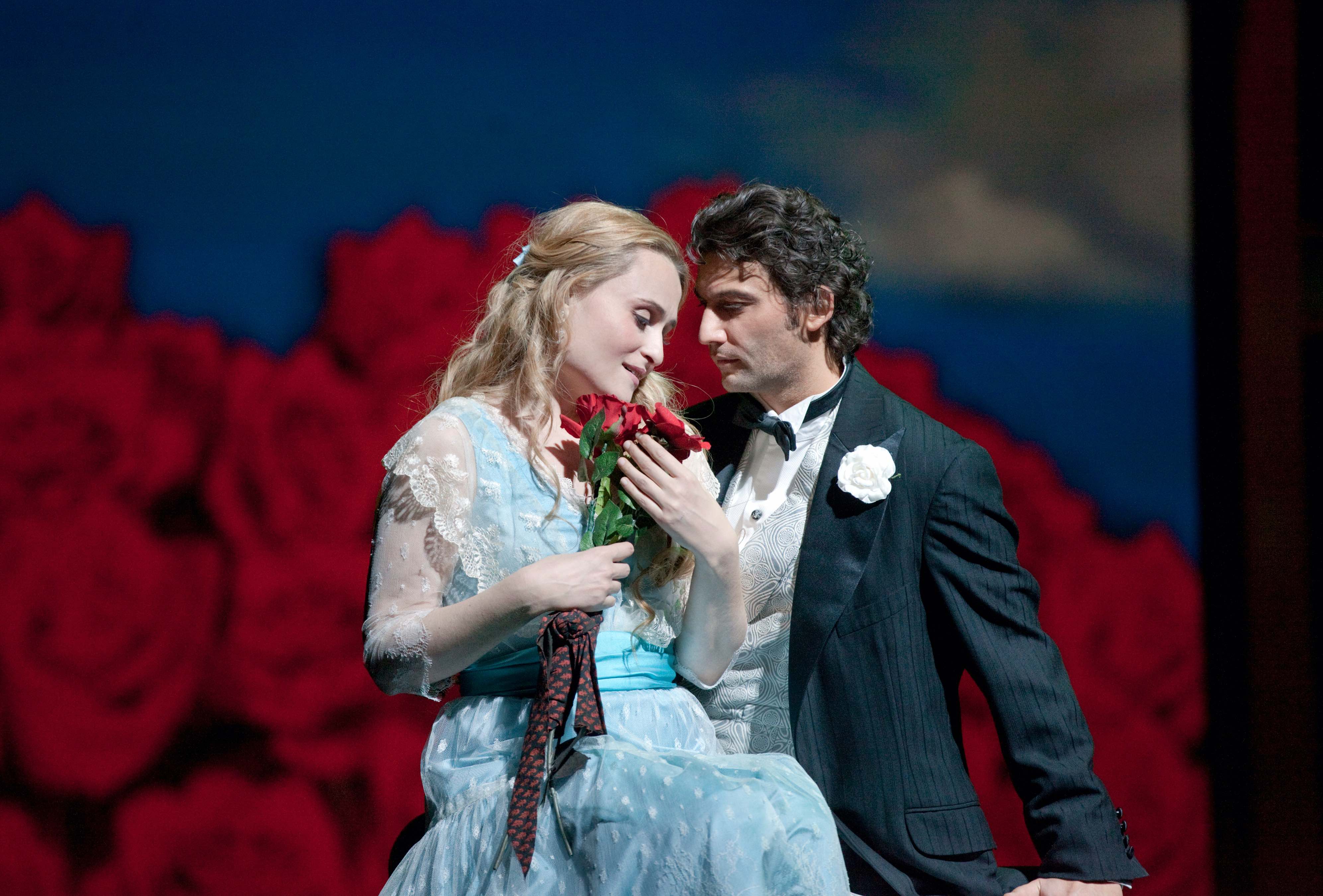 Tenor Jonas Kaufmann is riveting as the title character of Gounod’s popular opera, seen in this Live in HD presentation of Des McAnuff’s thrilling 2011 production that places the mythical and timeless story in an early 20th-century setting. René Pape as Méphistophélès is menacing and elegant in equal measure, and Marina Poplavskaya delivers a searingly intense portrayal of the innocent Marguerite. Russell Braun as her brother, Valentin, shines in his Act II aria. On the podium, Yannick Nézet-Séguin brings out all the lyricism and drama of Gounod’s score.