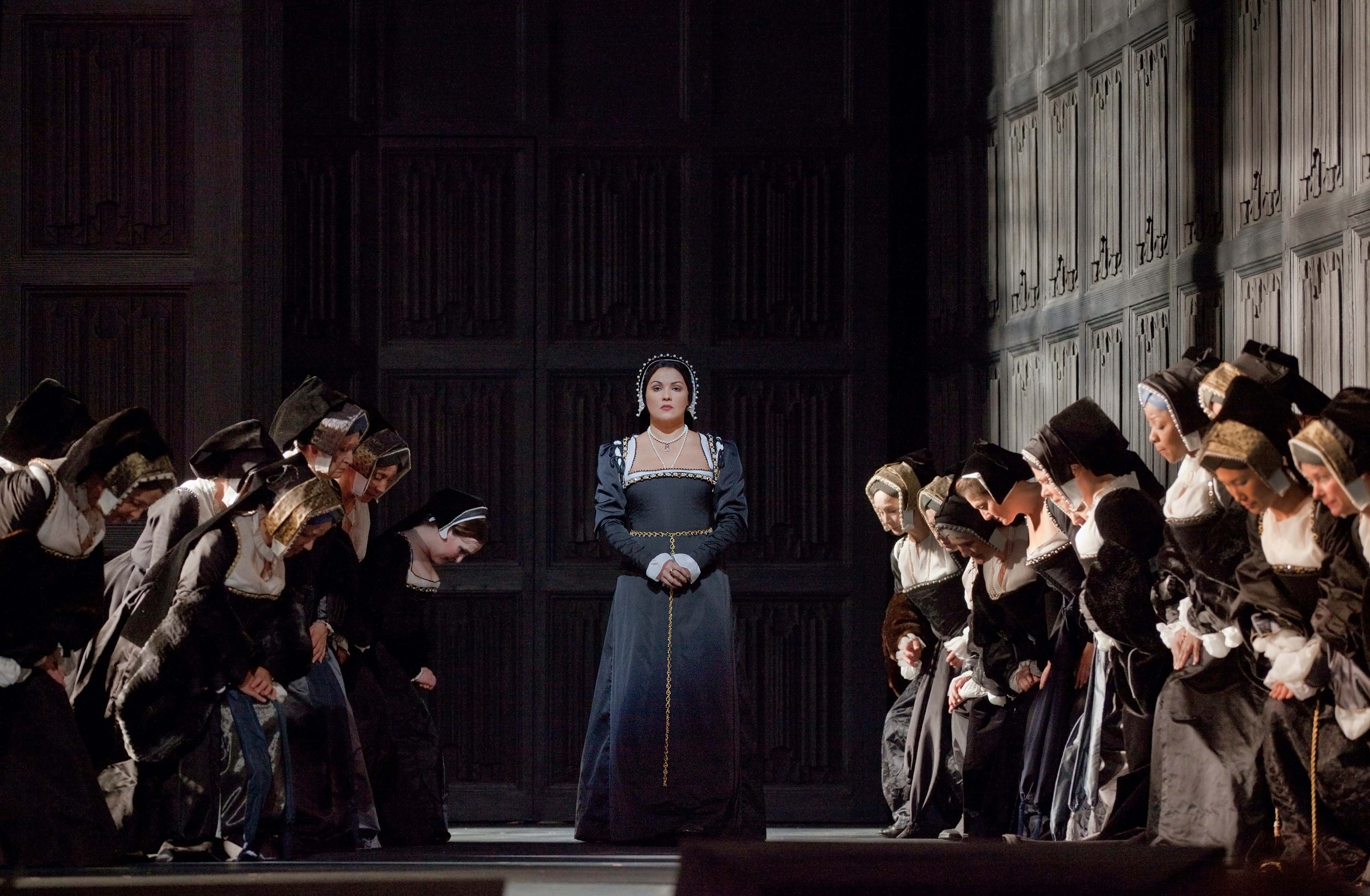 Taken at the Metropolitan Opera during the rehearsal on September 20, 2011.

David McVicar’s atmospheric and brooding production captures the drama of this riveting piece of British history, retold as only Donizetti could. International superstar Anna Netrebko is Queen Anne Boleyn, trapped in an unhappy marriage to King Henry VIII (Ildar Abdrazakov) whose roving eye has settled on another woman—Jane Seymour (Ekaterina Gubanova), Anna’s friend, but now her unwitting rival. Add in Anna’s early love, Percy (Stephen Costello), just returned to the court from exile, and the result is a haunting, explosive account of Queen Anna’s tragic final days, before she goes to her execution in one of the most moving and dazzling final scenes in all of opera.