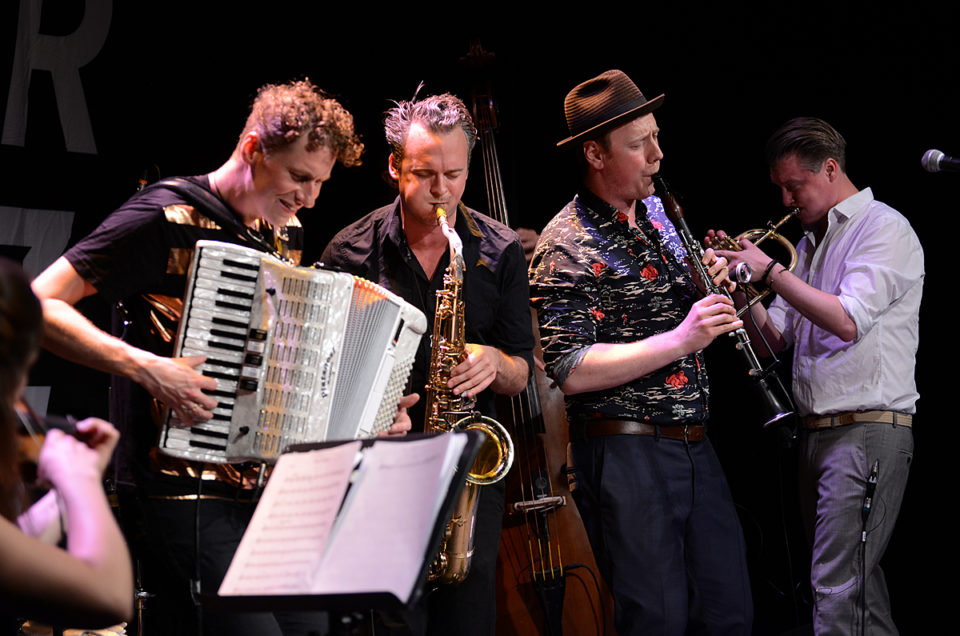 Eastern European ecstasy bumps up against Nordic funk in one of the season’s most adventurous musical mash-ups. Formed in Copenhagen in 2004, this six-piece ensemble quickly dazzled audiences as well as critics around the world with their fresh sound and musical gumption. Klezmer meets Scandinavia for a uniquely joyous dance!

Mames Babegenush is East meets North. Where strong Scandinavian roots merges with the vibrant dance music of Eastern Europe. From the ambiance of Nordic pine trees to lively weddings in Romania, the music of Mames Babegenush gives a sense of both melancholy and ecstatic joy.

Over the last 15 years, Danish band Mames Babegenush has established itself as one of Europe’s premiere klezmer-jazz ensembles. Their long list of awards include the Danish Music Award for Best World Album of The Year and three prizes awarded by the prestigious International Jewish Music Festival in Amsterdam, including the Jury and Audience Prizes.

Mames Babegenush has performed at a number of the music world’s most venerated venues and festivals, including Carnegie Hall (US), Wiener Metropol (AT), Chicago World Music Festival (US), Paradiso (NL), Lotus Fest (US), Klezmer Fürth (GER), the New York Gypsy Festival (US), Teatro Independencia (ARG) and Roskilde Festival (DK) alongside the likes of Gogol Bordello, David Krakauer and Amsterdam Klezmer Band.