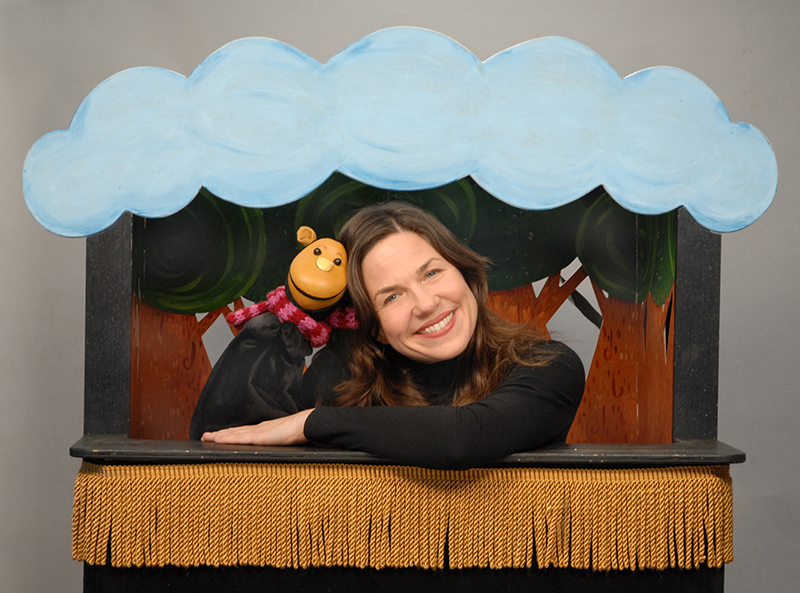 Join award-winning puppeteer Liz Joyce and her friends, Minkie the Monkey, Douglas the Blue Dinosaur, and a few scary creatures for a Halloween adventure. Designed for our youngest audiences, ages 3 – 7, this 25 minute puppet show explores themes of sharing and friendship with a slightly spooky twist.

After the performance, each audience member will receive a take-home puppet making kit, including a pre-recorded lesson with Liz Joyce, and a special Halloween treat from Citarella.

**Your purchase of one ticket covers one full lawn circle, which can sit no more than two people. All circles are distanced 6ft away from others. Masks are required for all patrons over the age of 2. For more detailed information, please visit the JDBT FAQ page.

This program is supported in part by Dayton Ritz & Osborne, and Citarella Gourmet Market.