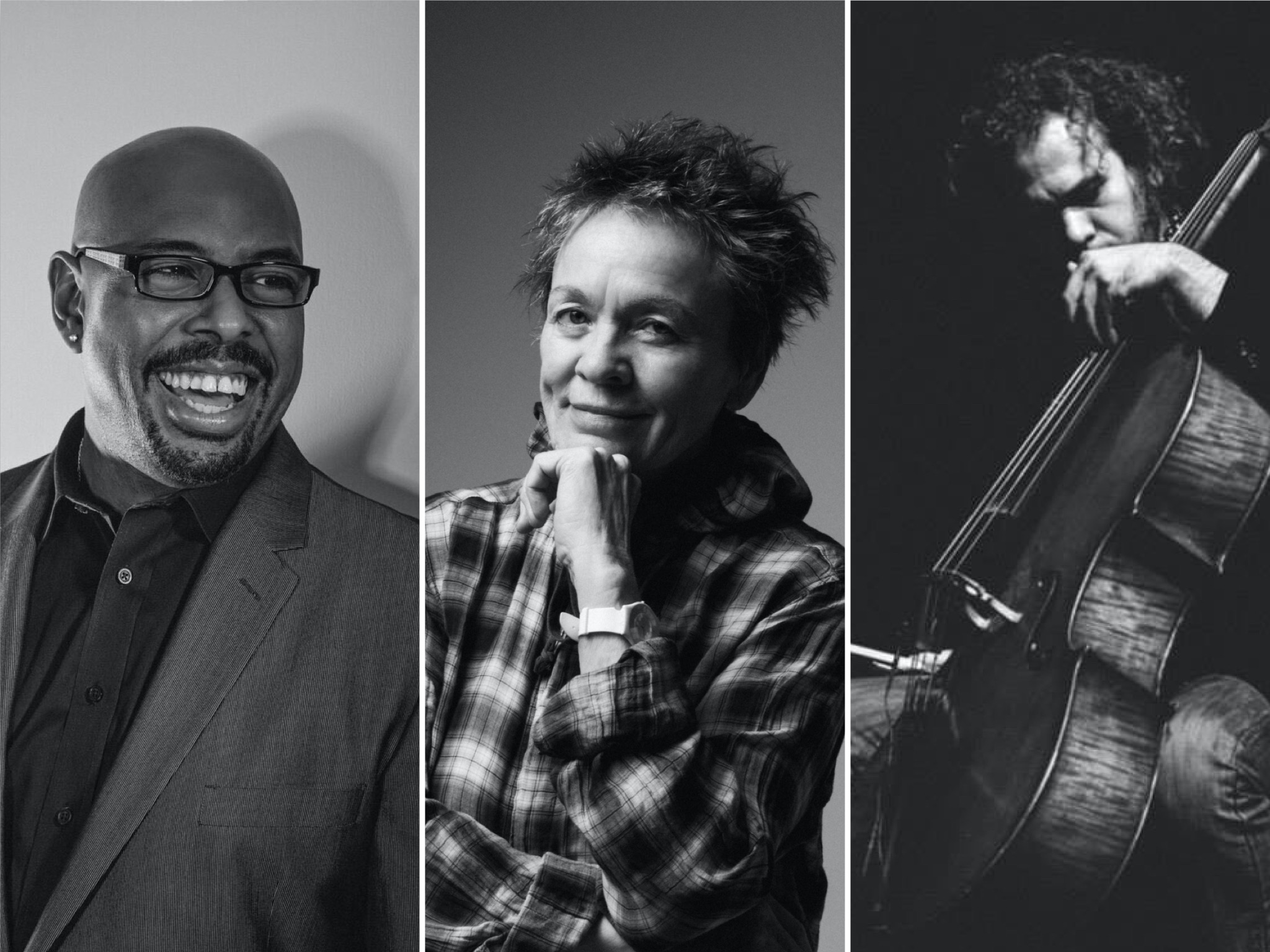 Two legendary artists come together in a showcase for their respective versatility and the pliability of jazz and the avant-garde. Due to popular demand this live performance from our John Drew Backyard Theater will be available via livestream to be enjoyed anywhere around the world.

Individually, Laurie Anderson and Christian McBride are titans in their respective fields: Anderson as an award-winning visual artist and innovative musician working in pop’s avant-garde and McBride as a Grammy®-winning jazz polymath equally adept at leading anything from small ensembles to big bands. Together, complemented by cellist Rubin Kodheli, Anderson’s violin and synthesizers and McBride’s bass form a unique and unexpected combination, leading The New York Times to call their 2017 concert at Town Hall one of the best live jazz performances of the year.  This string-based trio blends the sound of several different worlds into a harmonious whole.