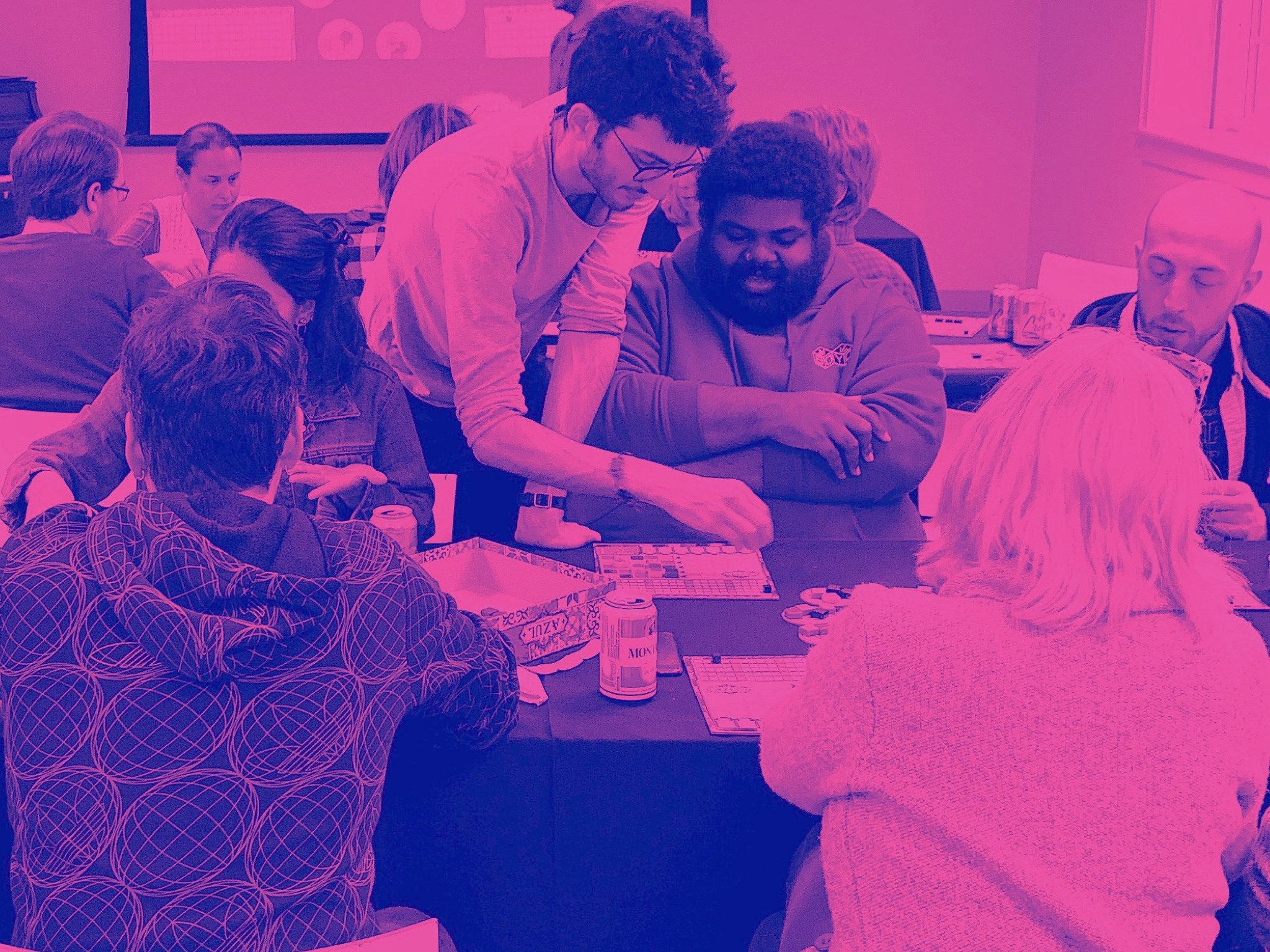 Mugimp. Flaxijen. Rilidun. Which is the toxic mushroom, the Scandanavian fish dish, and the term for a lazy person?

This month at Guild Hall Game Night we will be playing Krazy Wordz, the game about making up, well, crazy words. Each round, players will privately receive a card with a prompt like “Baby Food Brand” and a selection of random letters. Everyone uses their letters to make up a fake word that fits their own prompt. Then, the cards are shuffled and each player must guess whose crazy words match which prompt. Krazy Wordz is a super fun word game that rewards creativity over a big vocabulary, and will have the whole table laughing from the get go.

In the past couple decades, game designers have been creating fascinating, immersive table-top games that make Monopoly seem like it was designed in 1905. Game night no longer means suffering through hours of rolling dice in Monopoly or Risk. Today’s newest non-digital board and card games cultivate creativity, problem solving, social skills, and dexterity through clever game design. Join Guild Hall and Game Master Noah Salaway in embracing the tabletop revolution as we play some of the best modern board games on the market the last Monday of each month. Take a break from the digital age and join us at the table! Ages 16 and up only.

Sponsored in part by The Rima Mardoyan Team at Douglas Elliman.
Food and drink generously provided by Cavaniola’s Gourmet and Montauk Brewing Company.
Special Thanks to Hex & Company.