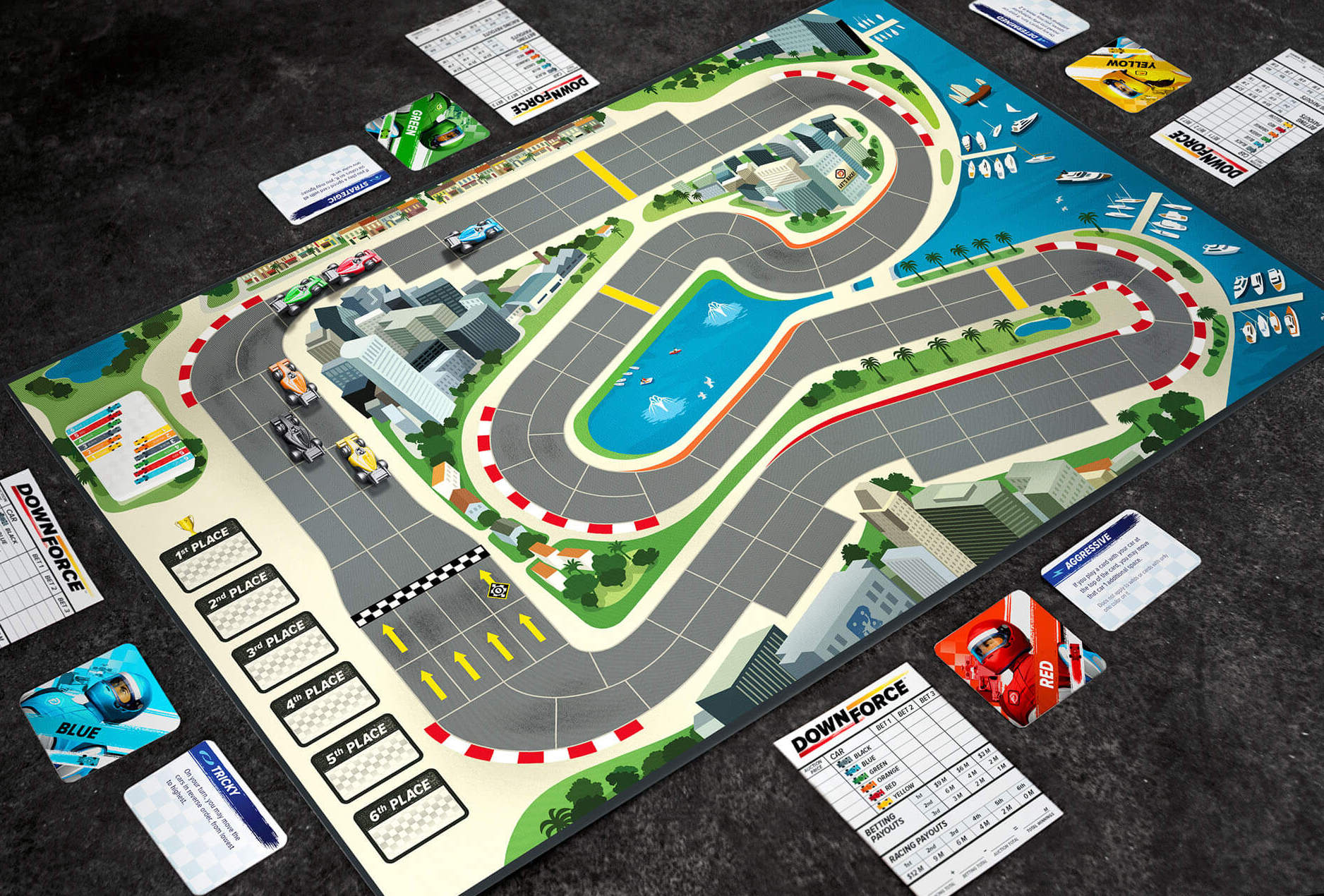 In the past couple decades, game designers have been creating fascinating, immersive games that make Monopoly seem like it was designed in 1905. Game night no longer means suffering through hours of rolling dice in Monopoly or Risk. Today’s games cultivate creativity, problem solving, social skills, and dexterity through clever game design. Join Guild Hall and Game Master Noah Salaway in embracing the tabletop revolution as we play some of the best modern games on the market the last Monday of each month. Ages 16 and up only.

Downforce is a drag racing game where players not only compete to place first in the race, but also place bets on the results for extra “cash”. On your turn, you simply play one card from your hand that moves several racers forward on the track. Even though you are usually forced to advance your competitor’s vehicles, you get to decide how to move them. This means you can cause a backup of other players’ cars while yours sails through the crowd effortlessly. Be wary, however, as other players are trying to do this to you as well! Additionally, each racer has a special advantage – will you specialize in straight-aways, sharp turns, or weaving through traffic? Three times during the race, players will place bets on the final results. This means you don’t actually have to win the race, as long as you can bet on who will!