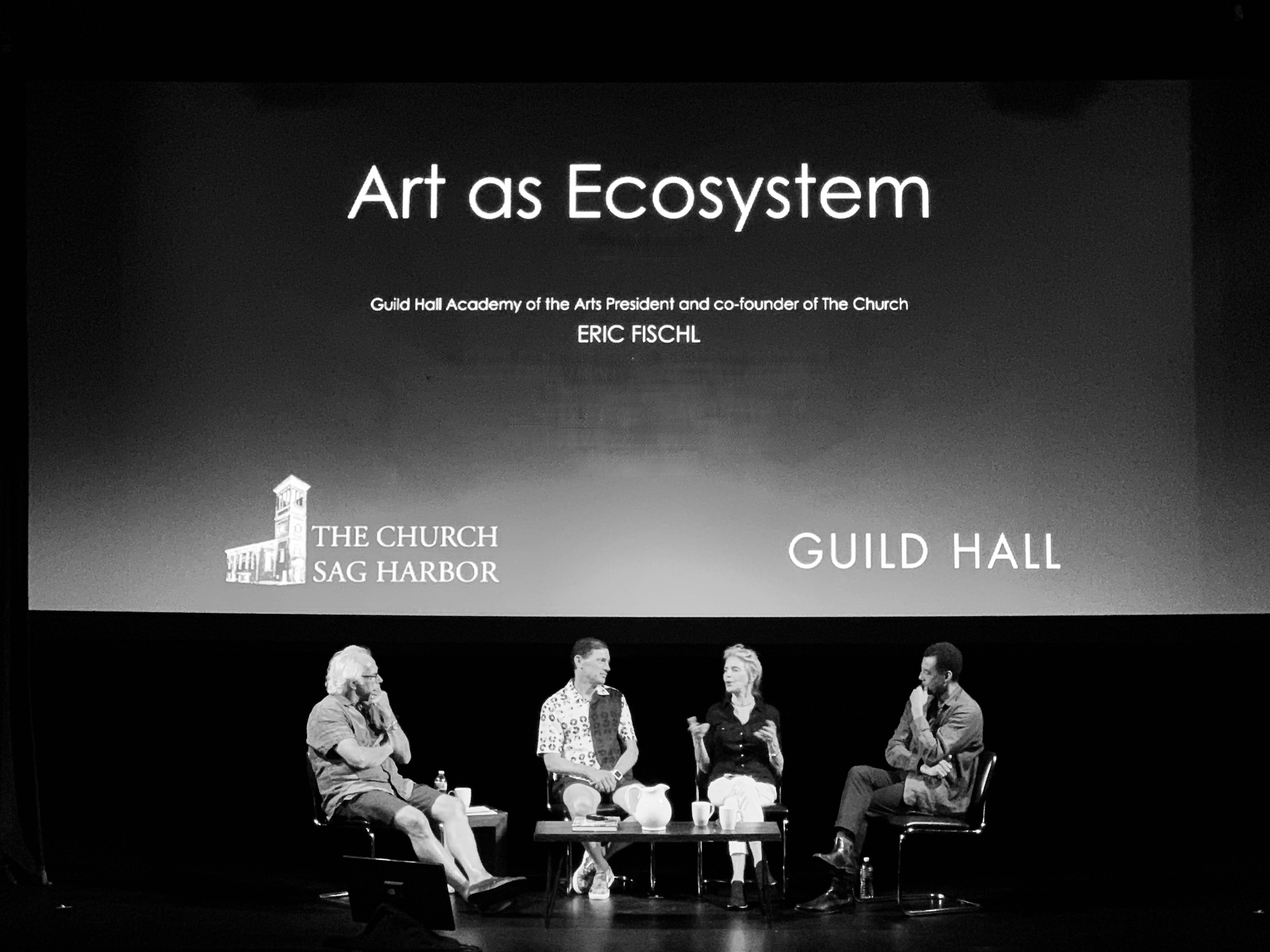 As multi-dimensional members of the art ecosystem, these three artists have elaborated on or transformed their original artistic careers to include community building. What motivated these art innovators to expand their work to include social issues and community? What were the most significant challenges in envisioning and building their actual physical spaces? How do they define community in the context of their projects? How do they consider equity issues within their programming?

In 2019, Eric Fischl, Guild Hall, and The Church launched a new series of talks, ART AS ECOSYSTEM, drawing together artists and arts advocates for a conversation examining the art ecosystem’s health, looking beyond the current focus on the “Art Market.” 2019 Part one brought together FLAG Art Foundation’s Glenn Fuhrman, Roy Lichtenstein Foundation President Dorothy Lichtenstein, and MacArthur Genius artist Rick Lowe. The conversation continued with the series second talk between Christine and Andy Hall of the Hall Art Foundation, renowned President of New York Academy of Art, David Kratz, and business strategist and PaceX CEO, Christy MacLear. Guild Hall and The Church are continuing this series in 2021 with two new conversations, focusing on building community through artist-led transformative spaces.

Presented by the Guild Hall Academy of the Arts in association with the Church, produced by Mary Jane Marcasiano and co-produced by Elise Trucks.

A link to the private Zoom will be emailed to ticket holders 24 hours in advance. If you purchase a ticket after that, the link will be emailed automatically in your ticket receipt. Please note that you do need to be signed up for a free Zoom account ahead of time to attend.