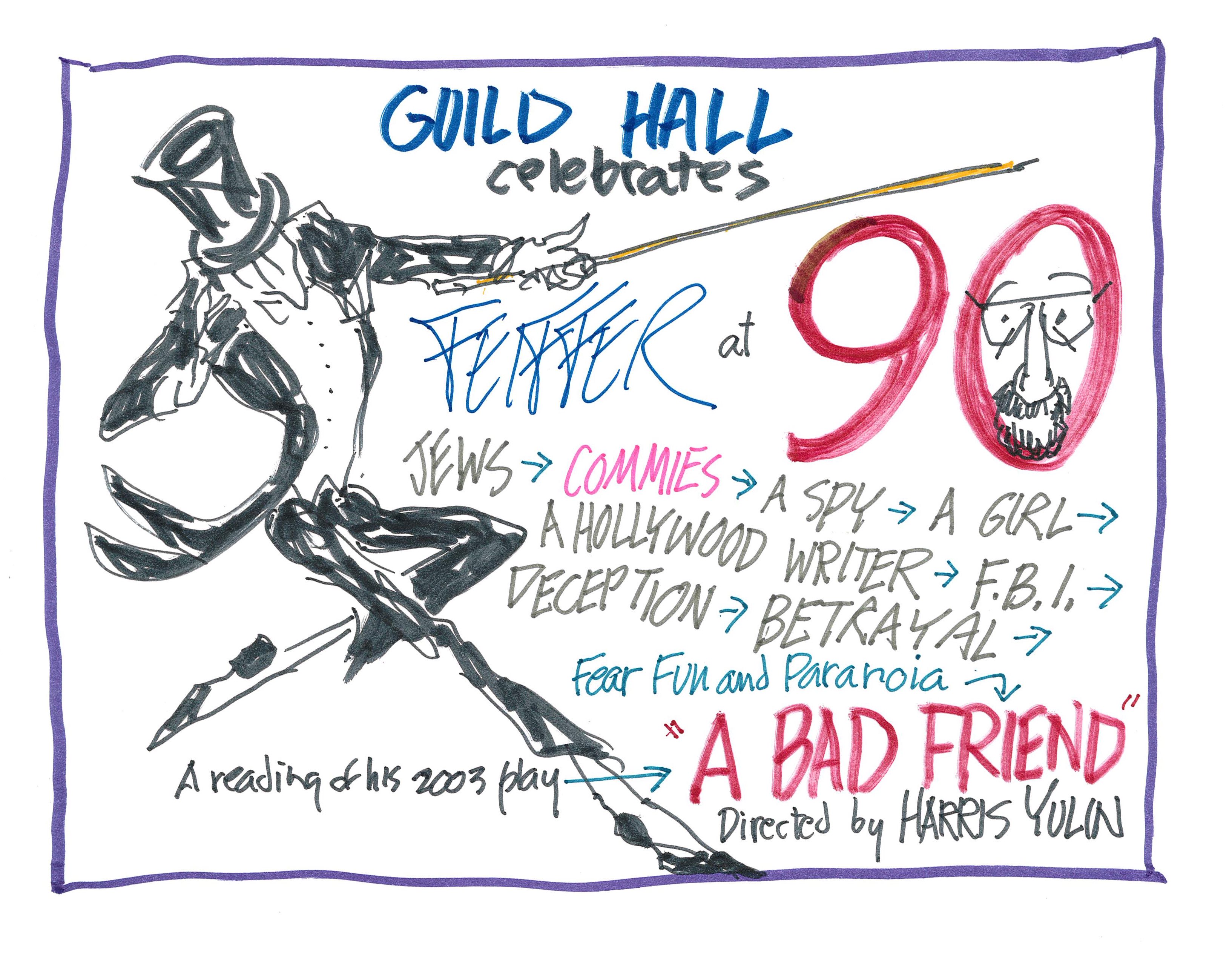 The legendary cartoonist and playwright celebrates his 90th birthday with a concert reading of his play A Bad Friend, candid conversation, and maybe even a little cake… come celebrate the end of summer with an East End legend!