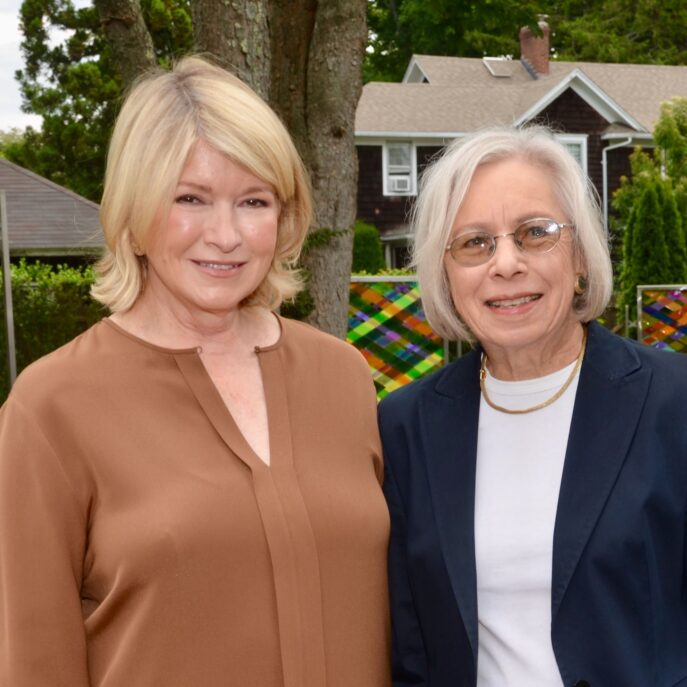 When it comes to seasonality, Martha Stewart really gets it. After all the doyenne of entertaining, who I have known and admired for more than 40 years, is an avid gardener of ornamentals and edibles at all her homes. When she was a guest at Stirring the Pot several seasons ago she brought baskets of fruits and vegetables from her East Hampton garden to decorate what became an Instagram-worthy set. Now on the weekend that’s the start of the summer season she offers a fruit crisp made with rhubarb. Usually strawberries are the fruit of choice to accompany rhubarb to the dance but this year’s chilly, late spring has delayed the berries. So it will be raspberries instead. And not local. She says that other fruit, including peaches and blueberries work fine, too. But soon there will be strawberries. Bake the crisp again when the local ones are at the farm stands.

Heat oven to 350 degrees. Combine the rhubarb, granulated sugar, orange juice and zest in a large bowl. In another  large bowl mix the flour, brown sugar and cinnamon together. Add the butter and with your fingertips or a fork work it all together to make a crumbly mixture. Add the oats and nuts and toss well to combine.

Spread the rhubarb mixture in a 6-cup baking dish (an 8-inch square about 2 inches deep would do the trick).. Spread the raspberries on top. Cover with the crumb topping. Bake about 45 minutes, until the topping is browned and crisp and the juices are bubbling. Let cool at least 20 minutes before serving with optional whipped cream, ice cream or yogurt.