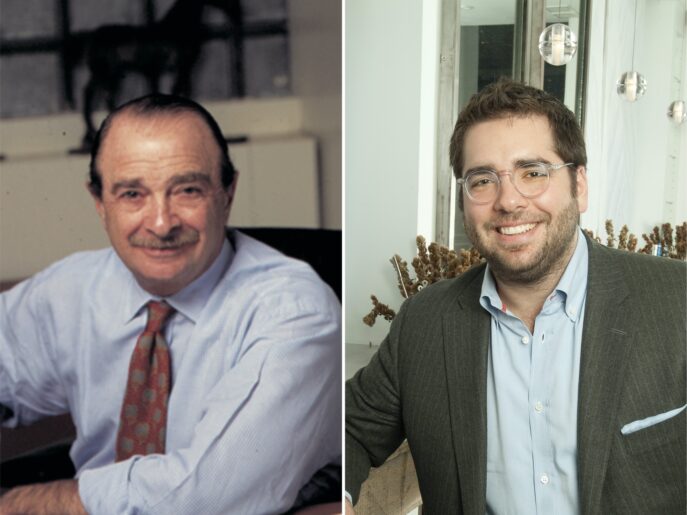 The distance between the kitchens of restaurant and home can be a chasm. It often takes some fancy footwork to leap from one to the other. In requesting a recipe from a restaurant owned by the Stillmans, Alan and Michael, father and son, I knew it would likely be some kind of steak. Despite their establishments that feature Italian and French food, their restaurant mindset is primarily chop house. I was also prepared for the possibility that their techniques used for cooking a slab of meat in a restaurant might be difficult to accomplish at home, especially with equipment that might not generate enough heat. The Cajun rib steak from the Manhattan edition of Smith & Wollensky, the original and the only one of the chain still owned by the Stillmans, posed some problems. It called for a massive quantity of spices; I cut it in half. And the steak was to be soaked in oil to cover. I drastically reduced the amount. The steak was seared on top of the stove, then roasted in the oven. That works, but so does grilling, which this audience might prefer as an option. And finally, there were the onions. No use was given once the steak was removed from its marinade. I assume they were not simply discarded, and certainly not in my kitchen. So I sautéed them to use as a delicious garnish for the steak. And so can you.

For the Cajun spice, in a bowl mix together the 1 teaspoon each of dried herbs, the 1 tablespoon each of spices and the ½ tablespoon cumin. You should have about ½ cup of the spice mixture.

Place the onions in a saucepan, add the oil and cook over medium heat about 5 minutes, until the onions have softened. Stir in 2 tablespoons of the Cajun spice. Cook the mixture another minute. Remove from the heat. You will not need the rest of the spice mixture. Put it into an airtight container and reserve for future use.

Place the onions in the bottom of a container that will hold the steak. Place the steak on the onions and pour on the oil and spices. Cover and let sit at room temperature for an hour. Turn the steak and let sit another hour. Place the marinating steak in the refrigerator overnight or for up to two days. Turn once during this time.

When you are ready to cook the steak, remove it from the marinade, draining it well. Drain the onions and place them in a small skillet. Saute on medium 10 to 15 minutes, until golden brown. Set aside until ready to serve the steak. To cook the steak, either light your grill or preheat oven to 350 degrees. Season the steak with salt. Grill the steak on medium-high, turning once, until done to your taste, about 6 minutes per side for medium-rare, depending on the heat of your grill. Alternatively, briefly sear the steak in a cast-iron skillet, turning it once, on high heat, then place the skillet in the oven and let cook 8 to 10 minutes.

When the steak is done let it rest 3 to 4 minutes before serving, topped with sautéed onions. Serve it sliced or in two portions.