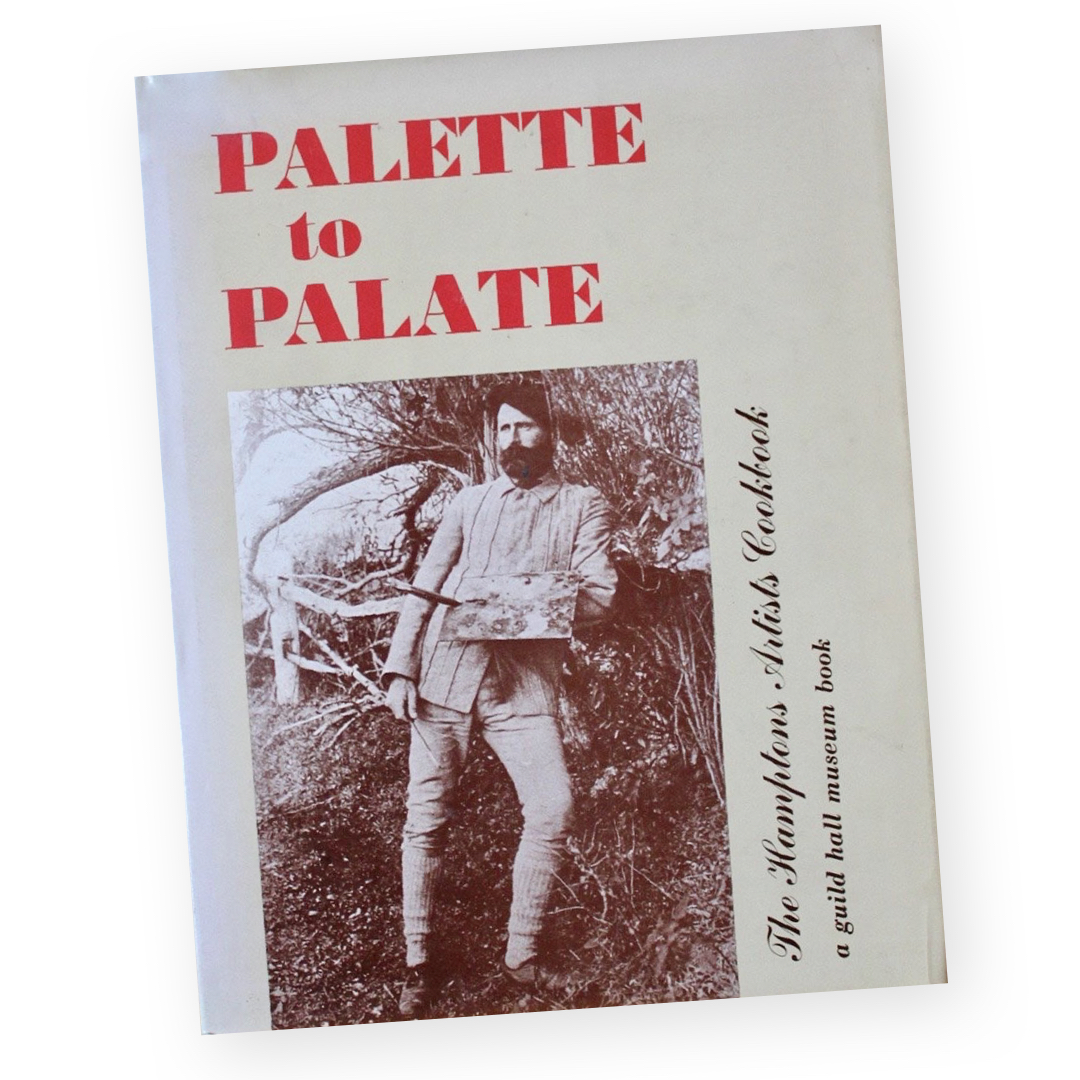 A COOKBOOK CONTAINING THE FAVORITE FOODS OF THE ARTISTS OF THE HAMPTONS! It was Rosemary Sheehan’s idea and it is her persistence which is largely responsible for its being. However, as we worked together and the responses to our request for recipes poured in, we realized that Palette to Palate was more than just a cookbook. We believe it is a book to be read by people who never intended to boil water, but who will take pleasure in meeting the artists in their kitchens and becoming better acquainted with them through their culinary preferences.
We have deliberately not adopted a uniformity of style for our recipes, as is customary in the conventional cookbook. We prefer to let the artists’ individual approaches dominate everything we have included–their art, their recipes, their statements and their signatures. You will find some artists extremely frugal, possibly haunted by those days spent starving in an attic. They suggest uses for leftovers and unused portions of food. Many artists take advantage of the fare indigenous to the Hamptons: seafood, fresh vegetables and berries, so bountiful here, and free for the picking, if you know where to go. Still other artists prefer to return to ethnic origins for their recipes. All were given generously for your pleasure. We hope you will enjoy them.
Among those to whom we are indebted are first and forever, the artists; then the committee of great cooks and gracious hostesses who have tested the recipes:
Rita Alexander
Rosalie Gwathmey
Eleanor Hempstead
Ernestine Lassaw
Sarah Lewis
Josephine Raymond
Betty Varese
and those professional authors of cookbooks, whose guidance and assistance have been invaluable, Bernice Hunt, Dorothy Ivens, Alice Lukeman and Yvonne Tarr.
Finally, a special thank you to Billie Kalbacher and the entire staff of Guild Hall.
JEAN KEMPER HOFFMANN