ON DEMAND: Al Hirschfeld, Behind The Lines: A Zoom visual visit of the Hirschfeld Century - Guild Hall

Al Hirschfeld Behind The Lines: A Zoom visual visit of the Hirschfeld Century (ON DEMAND) 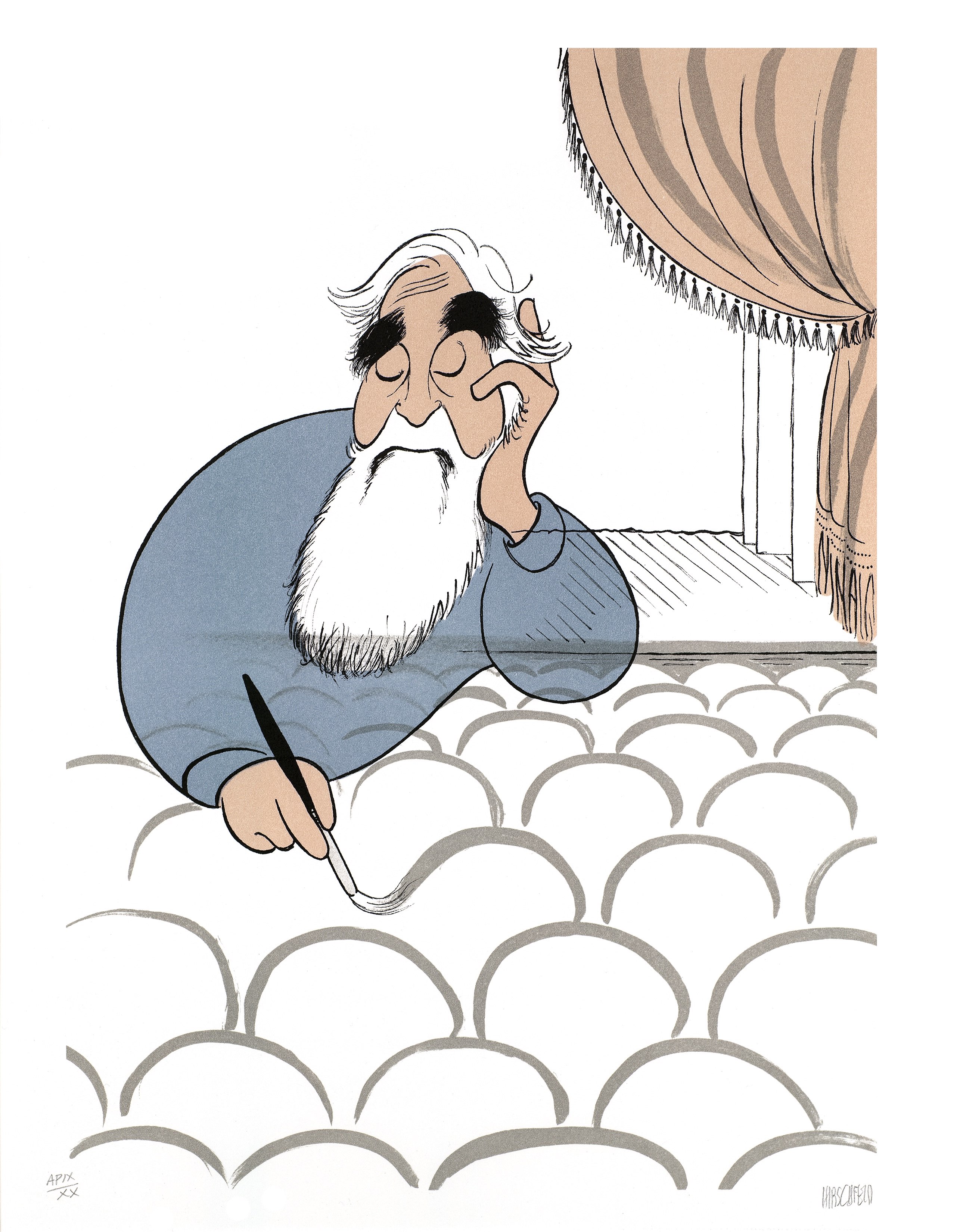 Join David Leopold as he takes us on a tour of the Hirschfeld Century, an 82-year era in which Al Hirschfeld both recorded and defined so much of popular culture, especially through his drawings of productions on Broadway and in Hollywood. He was there at the birth of television and captured its first half-century. He recorded more popular music than any MP3, CD, LP, or wax cylinder ever did. His drawings of dance are among his most accomplished works. Leopold has spent 25 years studying Hirschfeld’s work, the first 13 as Hirschfeld’s Archivist, visiting him in his studio once or twice a week. In addition to curating exhibitions at the Library of Congress, the Field Museum in Chicago, and the Academy of Motion Pictures in Los Angeles among others, he is the Creative Director of The Al Hirschfeld Foundation. His book, The Hirschfeld Century: A Portrait of the Artist and His Age (Knopf), has been called by The Washington Post, “An instant classic.” Booklist declared, “Leopold emulates the economy and fluidity of Hirschfeld’s drawings in this star-studded, anecdote-rich, critically clarifying, and thoroughly enlightening portrait of the portraits.” His illustrated talk will show you rarely seen images as well as old favorites.