And All That Jazz - The Kander & Ebb Songbook 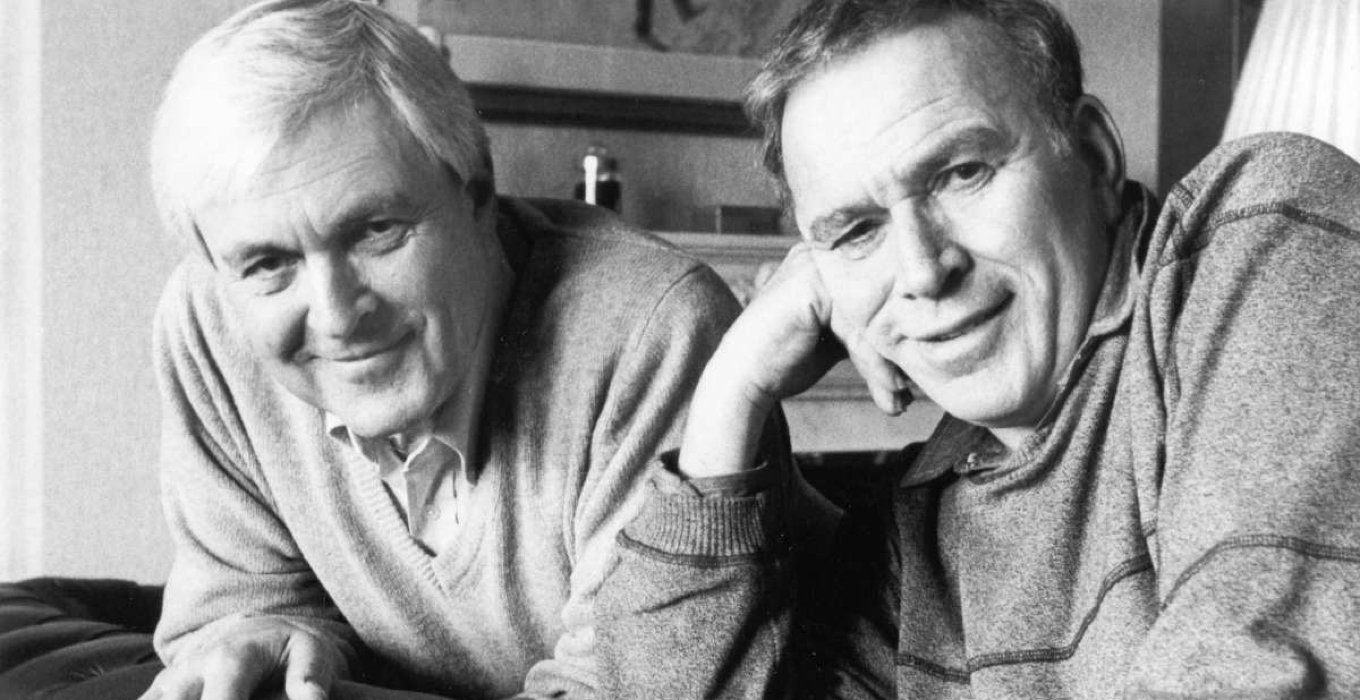 They showed the world that “Life is a Cabaret” and if you can make it in “New York, New York,” you can make it anywhere. Winners of Tony, Emmy, and Oscar Awards, John Kander and Fred Ebb were recognized with a Lifetime Achievement Award at the Kennedy Center Honors for their stage works that include the Broadway blockbusters Cabaret, Chicago, Kiss of the Spider Woman, Zorba, Woman of the Year, and, produced following Ebb’s death, Curtains, The Visit, and The Scottsboro Boys.  In The Washington Post, David Richards wrote, “Their signature tunes —Cabaret, New York, New York, How Lucky Can You Get, Maybe This Time, All That Jazz, — are big, brassy, upbeat numbers…Kander and Ebb are arguably Broadway’s foremost advocates of the power of positive songwriting.”

Deborah Tranelli is pleased to be returning to Guild Hall after last season’s tribute to Jerry Herman. She is a three-time Bistro Award winner for the revues Life is Not Like the Movies and This Life: The Songs of Portia Nelson, and for her solo CD, A Lot of Livin’. She has performed at Carnegie Hall, the Kennedy Center, Town Hall, Lyrics & Lyricists at the 92nd St Y, with the Jacksonville and Greenville Symphonies, and at hundreds of venues across the country and internationally. Her extensive theatre work includes over 50 Off-Broadway, regional, and tour productions; most recently as Naomi in the Amas Musical Lab presentations of Play it by Heart. Her television and film credits include eleven seasons co-starring on the iconic series, Dallas, Law & Order, Hart to Hart, Three’s Company, Dance for One (indie), Hereafter Movie (upcoming release) and many more. Deborah is a proud graduate of Northwestern University. With a song in my heart for you, Uncle Barry.

Robert Spiotto is a creative professional who has worked in arts and entertainment for more than 30 years. Regional acting credits include M.C. (Cabaret), John Adams (1776), Guido (Nine), Tateh (Ragtime), The Cat in the Hat (Seussical), Fagin (Oliver), Ganesha (A Perfect Ganesh), and Bill (Me and My Girl), to name a few.  He also toured the tri-state area and created the character of “The King of Pizza,” based on the popular children’s book.  He has created and appeared in numerous one-man shows exploring the lives of P.T. Barnum, Giuseppe Garibaldi, Primo Levi, Michelangelo, Sholom Aleichem, and others. Bob has been recognized by the Order Sons of Italy in America, was a recipient of the Dante Award (American Association of Teachers of Italian), the ARTY Award, and was named as an Advocate for the Arts by the Long Island Arts Council. In addition to his many accomplishments, he has directed numerous theater productions at various regional and professional theaters, schools and universities, as well as for various organizations and companies. Bob holds a B.F.A. in Theater Performance from Hofstra University and a M.F.A. in Directing from The Catholic University of America. Bob is currently the Director of Programs at the Friars Club.

Charlie Romo is a native New Yorker and grew up in a community and family with strong character, which has reinforced in him a style that has served him well on stage. A recent graduate of Wagner College, he is a classically-trained lyric baritone who has developed an avid passion for and a unique interpretation of recognizable renditions of popular jazz standards and the Great American Songbook. Inspired by his favorite interpreters of classic American popular songs (Bobby Darin, Frank Sinatra, Vic Damone, Ray Charles, Tony Bennett, Ella Fitzgerald, Dean Martin, Judy Garland, Sammy Davis Jr., etc.), his goal is to revive the music and style of previous eras in a dynamic and refreshing way. Charlie has made a name for himself in the jazz/cabaret circuit by working with top-notch musicians, and from his award-winning performances at venues such as the Metropolitan Room and Lorenzo’s Cabaret. Last December, Charlie made his Lincoln Center debut, where he co-headlined the annual Christmas Spectacular at David Geffen Hall. He is honored to be the youngest member ever inducted into the legendary Friars Club in New York City.

Valerie diLorenzo, a native New Yorker, is a professional vocalist and performing artist for over 25 years.  She appeared at Guild Hall in last year’s Jerry Herman revue, her solo Salute to Stephen Sondheim concert and as Mother in Eco (a post apocalyptic musical by Jenna Mate) as part of the Guild Hall JDT Lab program and the New York Musical Festival in July 2017.  She originated the role of Texas Guinan in the new musical Jenny & Me (The History of Sardi’s) at the York Theatre in NYC, and the role of Ginger in And I Always Will, a new play by Diana Canova at the Westport Playhouse. She is currently in workshop (with Mr. Viviano) in the new musical Unlikely Allies by Martin Rabbett and Joel Paul, which will debut in NYC in November 2018. An award-winning vocalist, Valerie’s one-woman shows have been defined as “a seamless venture of magic in the making.” Her voice and showmanship have been critically acclaimed for presenting interesting and exciting musical events that have played many NYC and East Coast venues, including at The Laurie Beechman Theatre, The Metropolitan Room, The Triad, Judy’s, Tatou, Don’t Tell Mama’s, The Duplex, The Iridium, Mohonk Mountain House, Caramoor Center for the Arts, Odettes and Frangelica’s (PA), The Broward Theatre, and Aventura Arts and Cultural Center (FL). Valerie is also a proud card-carrying member of the Actors Equity Association – some of her favorite theatrical credits include Rose in Gypsy, Mrs. Johnstone in Bloodbrothers, Sheila in A Chorus Line, Nancy in Oliver!, Miss Hannigan in Annie, Stella Deems in Follies, Marta in Company, Miss Mona in The Best Little Whorehouse in Texas, Sweet Sue in Sugar, Bunny in The House of Blue Leaves, the Courtesan in The Comedy of Errors, and Belinda in Noises Off. No stranger to the stages of the East End, Valerie has brought the Great American Songbook to the stages of the Southampton Arts Center, The Suffolk Theatre, Westhampton Beach PAC, Westhampton Beach Gazebo, Agawam Park, among others. Visit www.valeriedilorenzo.com. You are forever in my heart, Maestro Barry Levitt.

Jeff Harris is equally at home as a pianist, composer, arranger, conductor, and lyricist. He has worked with such diverse singers as Maureen McGovern, Chaka Khan, Barbara Cook, Jack Jones, Jane Krakowski, Audra McDonald, and Cleo Laine. His longest association has been with Maureen McGovern, playing and arranging six of her CDs, writing many songs for her (she has recorded sixteen), and appearing with her frequently on television and in concerts. Mr. Harris has worked extensively on Broadway as both pianist and conductor, most recently as Associate Musical Director for Gypsy (starring Patti Lupone; directed by Arthur Laurents). Other Broadway credits include On the Town (directed by George C. Wolfe), Chicago, Fosse, Beauty and the Beast, and Crazy For You. Jeff Harris is a frequent guest as a pianist and conductor with many of the leading orchestras including the Boston, St. Louis, Dallas, Detroit, and National Symphony Orchestras, and as a regular member of the New York Pops.  As a composer for the theater, he most recently composed Pinocchio (book and lyrics by Susan DiLallo), which has been produced at South Coast Repertory Theater and at Omaha Theater Company.