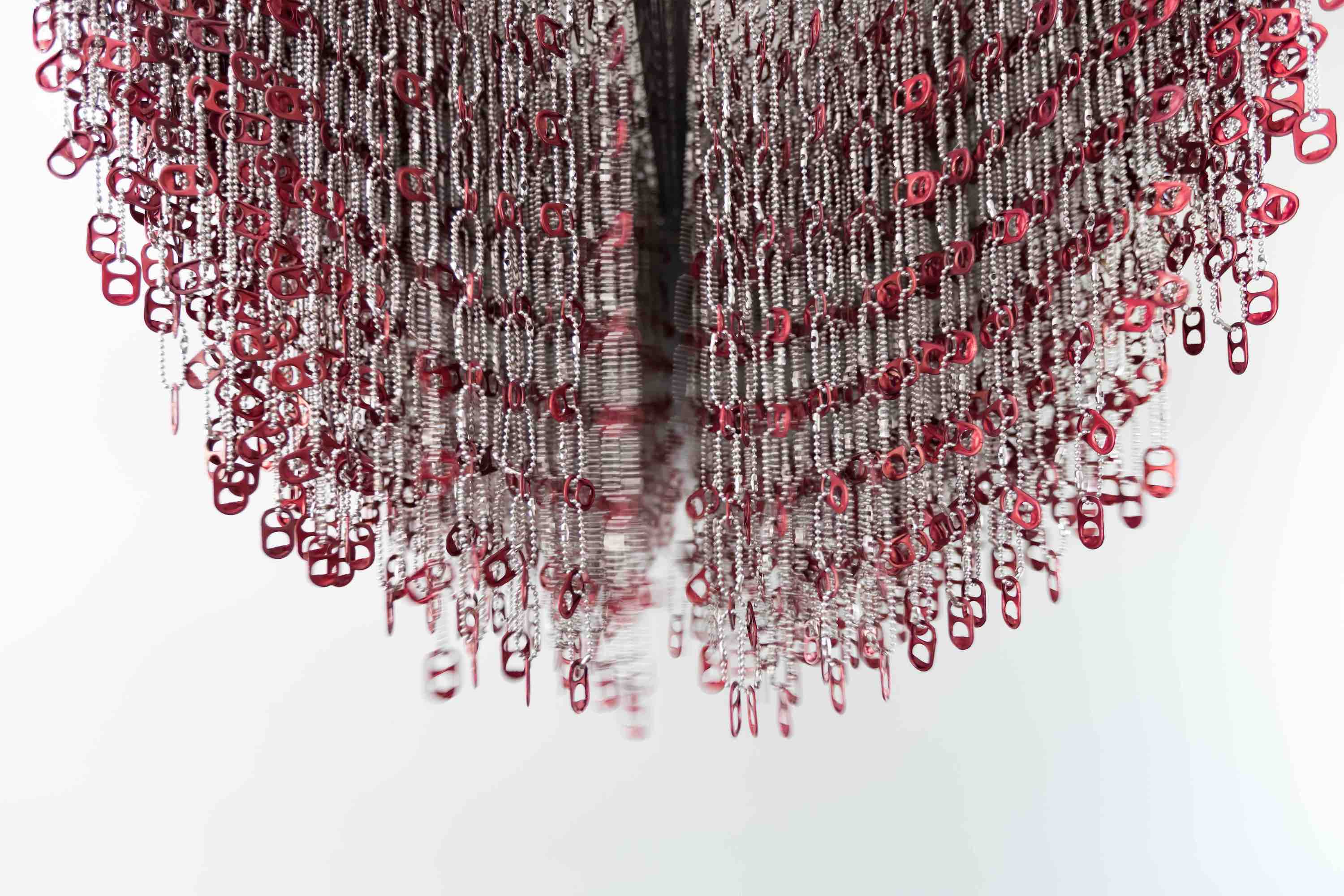 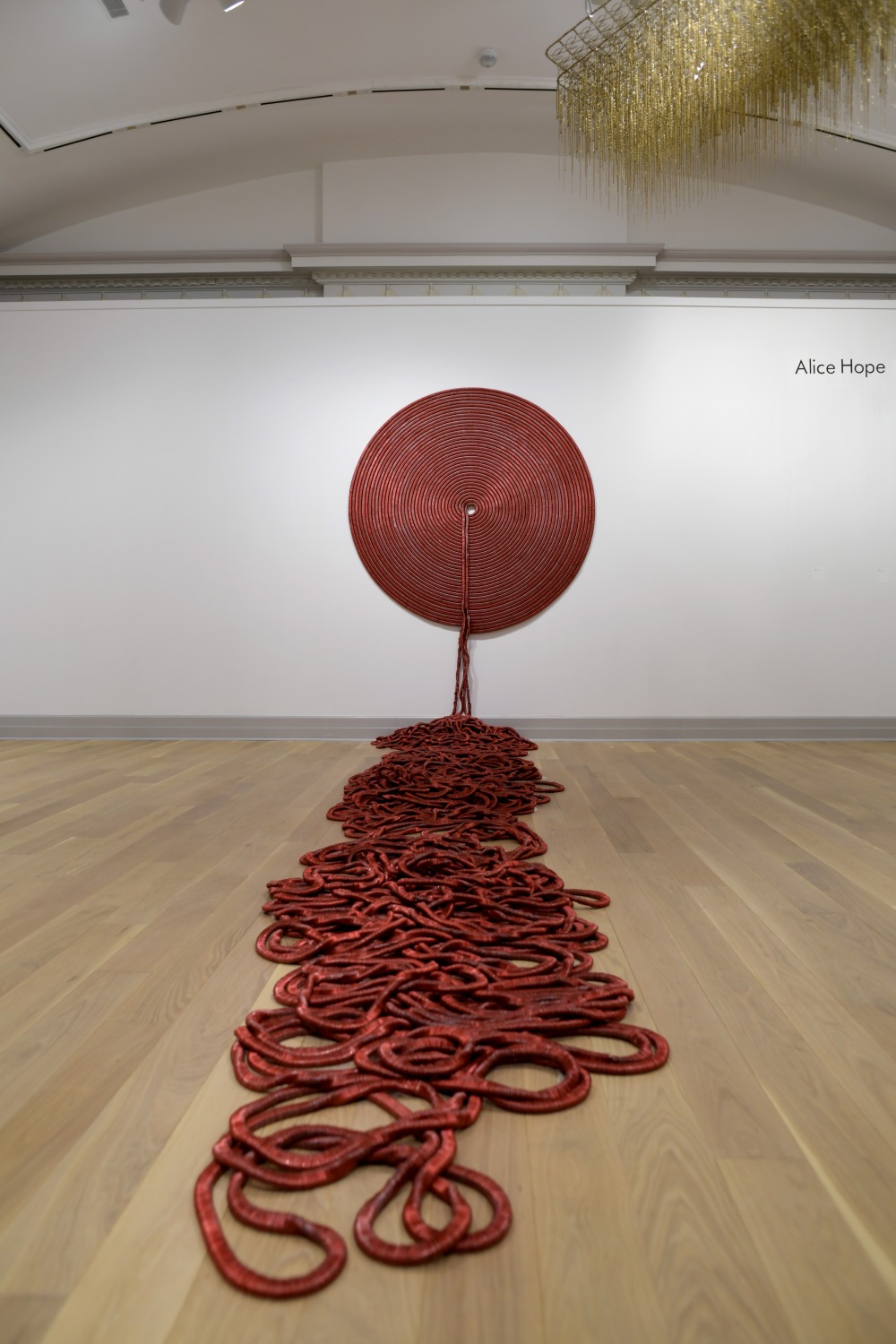 Artist Statement
Alice Hope maximizes the visual effect of a simple process through the dense deployment of a simple palette or repetitive process. Her Minimalist materials — perforated aluminum, can tabs, iron filings, ball chain, steel shot, ferrite/neodymium magnets– fall outside of an artistic context and are most often associated with industrial/consumer functions. She transforms her materials by controlling scale, placement, and pattern. Numeracy – the power of numbers — looms large in her work. She calculates the work hours, number of parts, degrees in scale, weight, and distance; this generates its own hybrid aesthetic. Ultimately, her labor-intensive execution leads to opulent work that seems Baroque — an extreme contrast to the choices that produced it.